Homepage » CONGO: ACFAP trains 26 Ecoguards for 3 protected areas in the north of the country

CONGO: ACFAP trains 26 Ecoguards for 3 protected areas in the north of the country 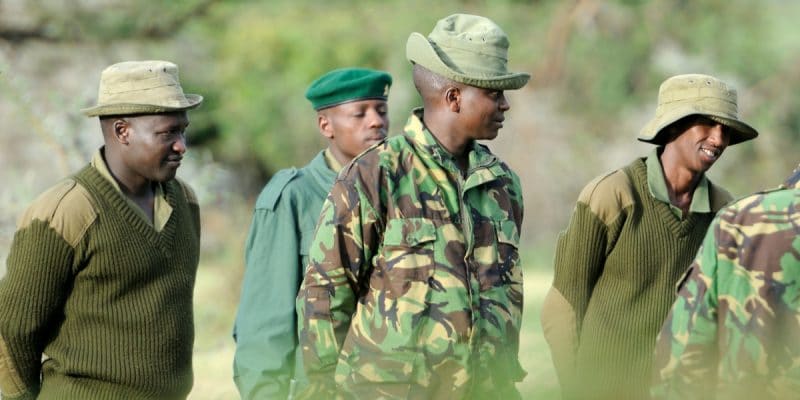 The Congolese Wildlife and Protected Areas Agency (ACFAP) is strengthening security in protected areas in the north of the Republic of Congo. Three of them have just been equipped with 26 newly trained Ecoguards. Their mission is to fight against environmental crime in the various parks in northern Congo.

Increased security in the Nouabalé-Ndoki National Park (PNNN). The protected area, which covers nearly 4,000 km2 of primary forest in the far north of the Republic of Congo, is strengthening its ranks of eco-guards. This is thanks to a training course initiated by the Congolese Agency for Wildlife and Protected Areas (ACFAP). “It is with the aim of reinforcing the capacities of our existing staff, increasing the number of Ecoguards, giving basic training to new recruits and thus improving the efficiency of control posts, fixed, mobile and river patrols, a guarantee of the preservation of biodiversity in its protected areas, that ACFAP organised this training”, explains Freddy Elion Mpan, the technical and scientific director of ACFAP.

The training, which ended on 31 March 2022, took place in the Ndoki 2 training centre, located in the NNNP. The 26 new Ecoguards from this training were deployed in three protected areas straddling the departments of Sangha and Likouala, namely the NNNP, the Lac-Télé community reserve and the Nouabalé-Ndoki peripheral ecosystems management project in Kabo.

According to the trainers, the Ndoki 2 training centre will host a new batch of student Ecoguards, with a view to strengthening the security of the new Pikounda-Ntokou reserve, created on 28 December 2012 in northern Congo. The park contains a nature reserve of over 15,000 gorillas, 8,000 elephants and 950 chimpanzees.

The training and deployment of Ecoguards in protected areas is one of the main actions undertaken by African states to preserve biodiversity. These are costly operations, which Africa still cannot afford. The African biodiversity conservation sector suffers from a funding deficit. This amounts to between $598 billion and $824 billion per year, or between 80 and 85% of the needs, according to Credit Suisse, a banking group based in Zurich.