Homepage » CONGO: 3PRS signs a PPP for the production of drinking water in Pointe-Noire

CONGO: 3PRS signs a PPP for the production of drinking water in Pointe-Noire 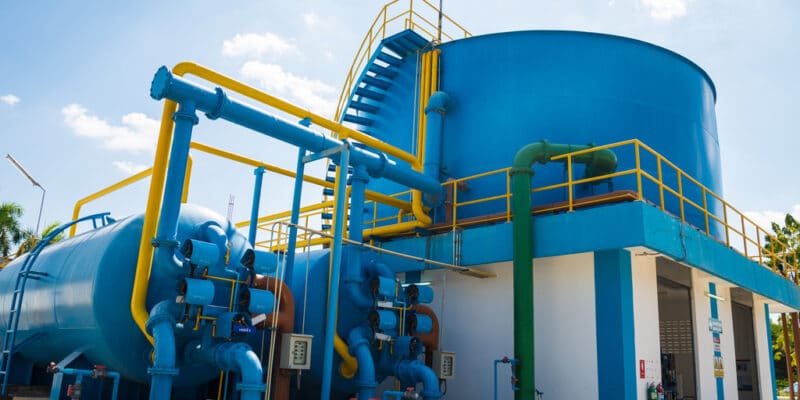 The Congolese subsidiary of 3 P Renewables Switzerland (3PRS) has just signed a public-private partnership (PPP) with the Congolese government for the production and distribution of drinking water in the city of Pointe-Noire. The Swiss company will operate this concession for more than 22 years.

The BOOT (acquisition-construction-operation-transfer) concession contract was recently signed between 3PRS Congo Pointe-Noire, the Congolese Minister of State in charge of the Public Portfolio, the Minister of Finance and Budget, the head of Energy and Hydraulics, and the Chairman of the Board of Directors of La Congolaise des Eaux (LCDE). The subsidiary of the Swiss company 3 P Renewables Switzerland (3PRS) has thus been awarded the delegated management for the development and operation of the new drinking water production infrastructure from Lake Gambouissi, located in the Pointe-Noire department.

As part of this contract, the company based in Martigny (Switzerland) will build two Aquabloc® type water intakes with a capacity of 1,500 m3/h each. The company will also build a treatment plant capable of supplying 30,000 m3 of drinking water per day. 3PRS Congo Pointe-Noire is also responsible for building three storage tanks with a total capacity of 4,500 m3, renovating an existing 5,000 m³ tank, laying 460 km of pipes to extend the primary, secondary and tertiary networks and making 20,000 domestic connections. It will also build ancillary and related equipment required for the operation of the facilities.

3PRS Congo Pointe-Noire will sell its production to La Congolaise des eaux under a 22.5-year drinking water purchase contract. “The installations will be supplied from the energy network of the state-owned company Énergie électrique du Congo (E2C) and secured by a hybrid power plant (photovoltaic panels and thermal unit) corresponding to 3PRS’s “Green” commitment”, the Swiss company says.

The successful bidder also states that it will operate the raw water pumping, drinking water production and booster station facilities for the entire duration of the contract (22.5 years). For its part, LCDE will provide its usual services, i.e. the maintenance of the transfer network and distribution to the populations. The success of this innovative project will support other 3PRS initiatives in Congo.

The company says it has made other concession proposals to the public company LCDE. These public-private partnerships (PPPs) are expected to increase the rate of access to drinking water in Congo. According to the United Nations Children’s Fund (UNICEF), only 66% of Congolese have access to drinking water, 56% of whom live in large cities such as Brazzaville, Ouesso or Pointe-Noire.