Homepage » Climate emergency in Africa: time for adaptation solutions
This article is part of the dossier
COP27: WHAT ARE THE CHALLENGES FOR AFRICA AT A TIME OF CONCRETE SOLUTIONS 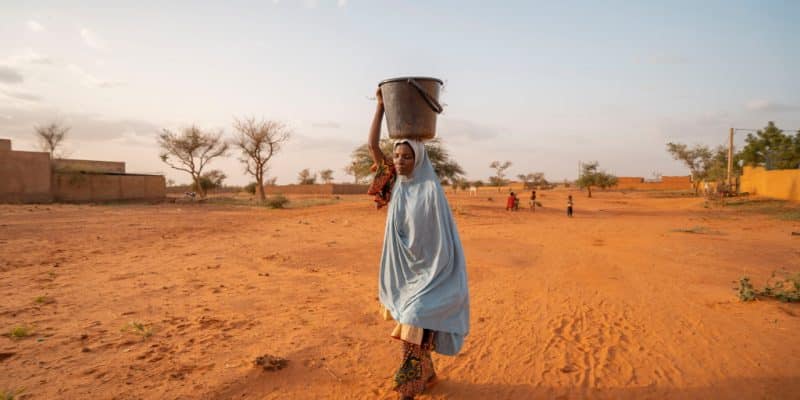 As decision-makers from around the world gather in Sharm el-Sheikh, Egypt, for the 27th United Nations Climate Change Conference (COP27), climate change is affecting the African continent, from Morocco to South Africa, via Senegal and Ethiopia. According to scientists and in the light of current events, the situation is such that the term 'climate emergency' is no longer sufficient to describe it. In the face of drought and floods, African countries need to rethink their climate change mitigation and adaptation strategies, even if they are faced with the thorny issue of financing...

According to forecasts by the Intergovernmental Authority on Development (IGAD), the drought currently affecting the Horn of Africa is expected to continue for the fifth consecutive year. In this part of Africa, the drought has caused the displacement of millions of people, mainly in northern Kenya, Ethiopia and especially Somalia. According to scientists, this situation is caused by La Niña.

Still poorly understood, this climatic phenomenon manifests itself through a decrease in surface temperatures in the eastern Pacific Ocean, around the equator. As a result, the number of cyclones increases in the Pacific and drought intensifies in South America and East Africa. Somalia, Ethiopia and Kenya are the African countries most exposed to these phenomena. In Africa, global warming is expected to exacerbate this phenomenon in the coming years, which is why it is necessary to put in place means of mitigation and adaptation to climate change, including in North Africa and Southern Africa where drought causes water stress.

What mechanisms for adaptation in Africa?

According to the Organisation for Economic Co-operation and Development (OECD), Africa contributes only 4% of global greenhouse gas (GHG) emissions. But this could change, as Africa is experiencing significant economic and industrial development in response to its growing population. The continent already accounts for 18% of the world’s population, or 1.4 billion people by 2022, according to United Nations (UN) estimates. And according to the same source, this population could double by 2050, reaching 2.49 billion inhabitants.

To avoid reproducing the same development systems based on fossil fuels, which are the source of certain GHG emissions, Africa should rely more on green energy. The movement is already underway, as several countries on the continent are banking on renewable energies, especially wind and solar power, to electrify their populations. But the countries that are most advanced in terms of energy must put in place strategies to ensure their energy transition. This is the case of South Africa (80% of electricity from coal, editor’s note) and Egypt, which want to replace their fossil fuel power plants with clean energy production facilities.

In the face of climate change in Africa, the African Development Bank (AfDB) advocates building adaptive capacity through integrated water resource management. This is an absolute necessity in countries affected by drought. In Morocco, for example, this phenomenon leads to water stress which affects all sectors of activity, especially agriculture. 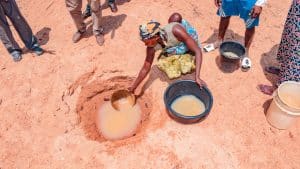 According to the World Resources Institute (WRI), Morocco will reach an extremely high level of water stress by 2040. Faced with this situation, the AfDB is proposing to strengthen water storage infrastructures and raise awareness among populations located in river basins on sustainable water resource management. In addition to these solutions, some countries affected by water stress are increasingly investing in alternative solutions, notably the reuse of treated wastewater and the desalination of sea water.

The AfDB also advocates investments in green mobility to reduce transport-related emissions in Africa. Demand for fossil fuels, especially oil, is low in Africa compared to other continents. But a study report by the Africa Transport Policy Programme (ATPP) indicates that oil demand is expected to rise to 3.7 million barrels per day by 2030 from an estimated 2.98 million barrels per day in 2008. Hence the need to develop transport systems that emit less carbon dioxide (CO2).

Among the African countries that are at the forefront of the green mobility issue is Kenya.

In this East African country, the development of green mobility is driven by start-ups that assemble and convert thermal vehicles to electric. This is the case of Roam, which plans to produce electric buses for the local market by the end of 2023.

Biodiversity or the base…

“Most of the proposed solutions to global warming, which are linked to water, sustainable agriculture or renewable energy, do not include biodiversity, ecosystems and their services. The widespread degradation of terrestrial ecosystems reduces their potential to sequester carbon and makes them a major source of greenhouse gas emissions,” notes Arona Diedhiou. 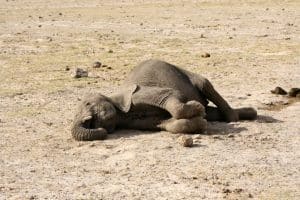 For this research director at the National Research Institute for Sustainable Development (IRD) local initiatives are moving in the right direction with actions to protect natural forests, restore wetlands and promote sustainable agricultural practices. But the challenges are still enormous. Like climate financing, biodiversity financing in Africa remains insufficient.

The thorny issue of climate finance

According to the recent report published by the Climate Policy Initiative, a research group based in San Francisco in the United States of America, Africa received only $30 billion in climate finance in 2020. Of this, 49% was for climate change mitigation, or $14.6 billion. Adaptation received only 39% of the funding, or $11.4 billion, and 12% ($3.5 billion) went to co-benefits.

Yet at least $277 billion in climate finance is needed annually to enable African countries to implement their nationally determined contributions (NDCs), the researchers say. “This gap is likely to be even larger. Countries often underestimate their climate finance targets, particularly for adaptation, due to data and methodological problems in costing their NDCs,” the Climate Policy Initiative report says. The scientists recommend increasing investment in renewable energy. Currently, Africa records only $9.4 billion per year in renewable energy, mostly to power commercial and industrial (C&I) customers.

The use of carbon credit

In the face of the lack of climate finance, some scientists and environmental professionals are advocating the use of carbon credits. This solution was introduced to help the countries committed to the Kyoto Protocol to keep their promises. In concrete terms, a carbon credit is a unit corresponding to the emission of one tonne of CO2. The role of this new credit system is to orient companies towards the fight against global warming. In a way, carbon credits could make up for part of the private sector’s climate financing shortfall. In 2020, for example, the private sector contributed only 14% ($4.2 billion) of climate finance, far less than in other regions of the world such as South Asia (37%), East Asia and the Pacific (39%), and Latin America and the Caribbean (49%), according to the Climate Policy Initiative.

So with this proposed solution, each company is allocated a number of carbon credits, which are specific to it and correspond to what it can emit in terms of CO2. If the company, having reduced its emissions, has a surplus of credits, it can sell them on the carbon market. One tonne of carbon not emitted is equivalent to one carbon credit. This market is developing slowly but surely in developing countries, particularly in Africa.

Moreover, “More than two-thirds of countries plan to use carbon markets to meet their commitments under the Paris Agreement, namely NDCs,” says the World Bank. For its part, the AfDB implemented a technical support programme between 2010 and 2012 for its member countries. The development of the carbon credit market in Africa is also being driven by private actors.

This is particularly the case for Aera. A few months ago, this French carbon credit trader signed a partnership with the offset solutions provider Ecosphere+. The aim is to sell carbon credits to finance the deployment of clean cooking kits in sub-Saharan Africa.