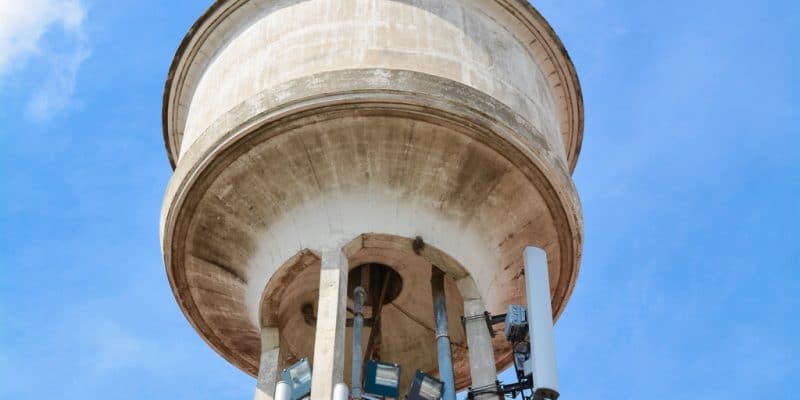 A water tower has recently been built for the people of Sara Ousba village. The infrastructure was inaugurated on July 20, 2019 by the NGO Oxfam, which is responsible for the implementation of the project.

The people of Sara Ousban, a small village in Chad’s Guéra province, now have access to water. Until recently, to obtain their supplies, villagers had to travel miles to find drinking water in the wadis. Wadis refer to permanent or temporary watercourses located in semidesert or desert areas. It is a cumbersome technique and the water thus collected even causes health problems for the populations. According to accounts in the local press, “children are always sick; they have stomach problems…” But since July 20, 2019, a water tower has been inaugurated in this village.

It is equipped with a 1000 watt solar panel and a submersible pump. The tower has a production capacity of 25 m3 or about 25 barrels of water that will be used to supply the village’s 475 households with drinking water.

The deployment of the Chad Revenge programme

This work is being carried out by the NGO Oxfam Chad, as part of the Revanche project, which aims at supporting resilience and adaptation to climate variability for sustainable food and nutrition security in Chad. The project is funded by the European Union and implemented by Oxfam Chad. The beneficiary areas of the project are the Wadi Foira, Guera and Ouaddaï provinces. In April 2019, the Revanche project established three water towers in Moubi Zarga, Moubi Goz and Dadjo II, in the cantons of Mangalmé, an administrative department, in the province of Guéra. The unit cost of the water towers is estimated at 33,000 euros, or just over 21 million CFA francs. Oxfam carried out these projects with its own funds and with the support of the European Union and the Sahel Alliance for Applied Research for Sustainable Development (ASRADD).