CHAD: Water borehole inaugurated for the population of Sarh town 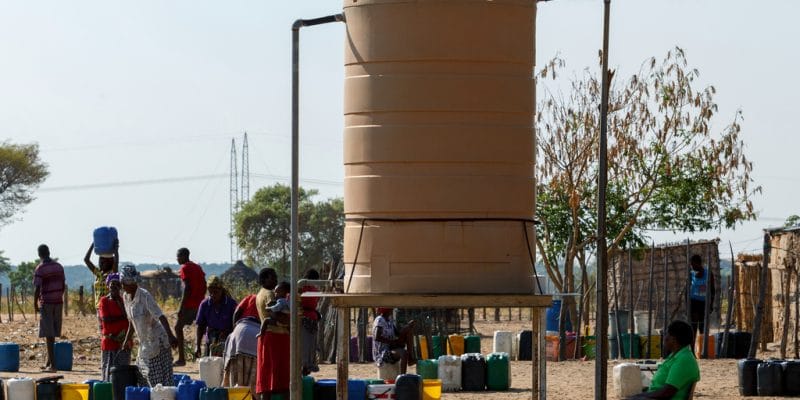 The Water Technical Company (STE) of Chad has completed the construction of a borehole in the town of Sarh. The facility was inaugurated on January 17, 2020. With a flow rate of 177 m3/h, this borehole will provide drinking water to the populations of Sarh, an area threatened by drought, as well as the rest of the country. In the meantime, two similar projects have been announced for the same city.

The Sarh borehole can now produce its first litres of water to supply the people of this town, located in the south of the country in the province of Moyen-Chari. Sarh is the country’s third-largest city, after N’Djamena and Moundou, the political and economic capitals. It was inaugurated on January 17, 2020 by Chad’s Minister of Environment, Water and Fisheries, Brahim Djamaladine Mahamat. The facility was commissioned by the Chadian government through the Chadian Water Company (STE), which built it with its own funds. The borehole has a flow rate of 177 m3/h and provides water for this town of nearly 110,000 inhabitants. In addition, the construction of two additional boreholes to improve the service is also announced.

Too much iron in the water?

According to information provided by the authorities, the iron content of the water from this borehole has been tested and meets the current standards set by the World Health Organization (WHO Chad). According to the technicians, it is less than 0.3 md/l. Nevertheless, to avoid too high an iron content in the water, linked to the composition of the soil at the groundwater level, the pipes will be regularly cleaned.

In Chad, the rate of access to drinking water is 40% in urban areas and 32% in rural areas. However, this rate is expected to increase to 80 per cent within a year. It is an ambition for which the Chadian government intends to make the necessary resources available by allocating 30 billion CFA francs (45.7 million euros) in 2019.