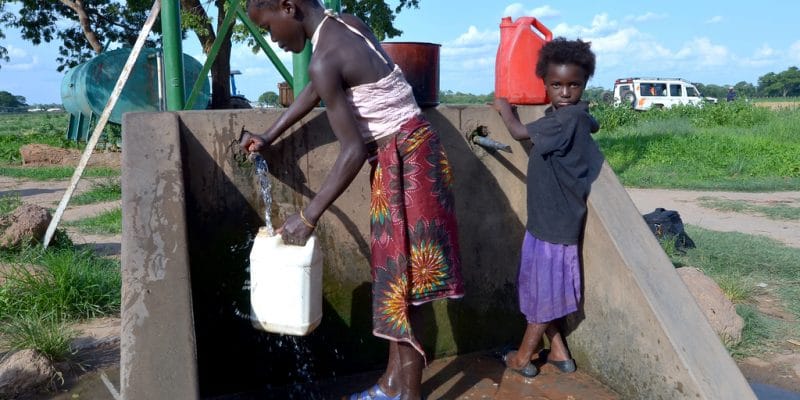 The Support Programme for Local Development and Inclusive Finance in Chad (Padflit) coordinated the rehabilitation of 22 water points in Laï, Chad's 13th-largest city. The work was delivered on October 21, 2019.

To improve access to safe drinking water in the city of Laï, 22 standpipes have been renovated. The works were delivered on the 21st of October 2019 during a ceremony organised to that effect. They were carried out by SACTP (a Chadian SME specialised in real estate construction) with the support of the Support Programme for Local Development and Inclusive Finance in Chad (Padflit).

Rehabilitation work had begun on September 20, 2019 and made it possible to cover the water points of a shed on the one hand and to repair the taps on the other hand. This work will greatly benefit the community’s 14,000 residents. Before, they had to travel miles to get water, sometimes of average quality. Achta Idriss, a local resident, in an interview with Tchad Info, explains: “I will be able to get water nearby. Drilling water is sometimes unsuitable for consumption. With these fountains, we’ll be safe.” To ensure the sustainability of these structures, the mayor of the city, Saou Donon Robert, announced that a management committee for the Laï water tower will be set up.

Water is still scarce in Chad due to climate change. Dryness has been a concern in recent years on Lake Chad. The lake’s waters have declined by 90% over the past forty years. As a result, both temperature and water supply are affected. In fact, throughout the country, only about 50% of the population has access to a reliable drinking water source.

Padflit is a government programme that was established to facilitate the achievement of sustainable development objectives (SDOs) in Chad. The programme therefore also gives importance to projects for access to electricity and electrical energy. With the support of the African Development Bank (AfDB), for example, the project was instrumental in coordinating the construction of water stations in the 23 provinces of Chad, or about eight stations per province.