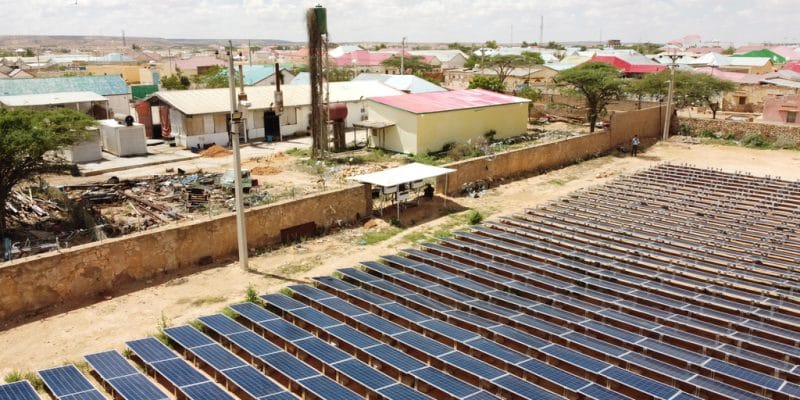 The Chadian authorities have just launched the construction of two hybrid solar power plants of 5 MW each in Am Timan, the main town of the Salamat region and in Mongo, the capital of the province of Guéra. The works have been entrusted to the Chadian company ZIZ Energie.

As part of his provincial tour, Idriss Déby Itno, the President of the Republic of Chad arrived on Wednesday December 9th, 2020 in the town of Am Timan, where several projects have been launched, including the construction of a 5 MW hybrid solar power plant. If for Ramatou Mahamat Houtouin, the Chadian Minister of Energy, the challenge is to put an end to load shedding, the new installation will above all make it possible to continue the process of electrification of households and businesses in this town located in the Salamat region.

The town’s only thermal power plant has a capacity of 1 MW, which is largely insufficient for the nearly 40,000 people living in Am Timan. The future 5 MW hybrid solar power plant could be delivered within 12 months according to Ramatou Mahamat Houtouin. The Chadian energy minister estimates that the plant will be able to supply 3,000 households in the town.

Work on the Am Timan power station has been entrusted to ZIZ Energie, a solar energy supplier based in Chad. The company will draw on its experience and the funds it recently obtained from Energy Access Ventures (EAV) to carry out this project. ZIZ Energie has also been entrusted with the construction of a 5 MW hybrid solar power plant in the city of Mongo, the capital of the province of Guéra.

This other installation will consist of a 2.5 MWp photovoltaic solar power plant, a 5 MWh battery storage system and a 1.2 MW generator”. With this project, from 600 and a few households, you will go to 3,000 households that will be electrified. From eight hours of production, you will go to 24 hours of production. We are harmonising electricity purchase tariffs throughout the country,” says Ramatou Mahamat Houtouin. Chad’s energy minister plans to launch a similar project in the town of Moussoro, in the Bahr El Ghazel region.