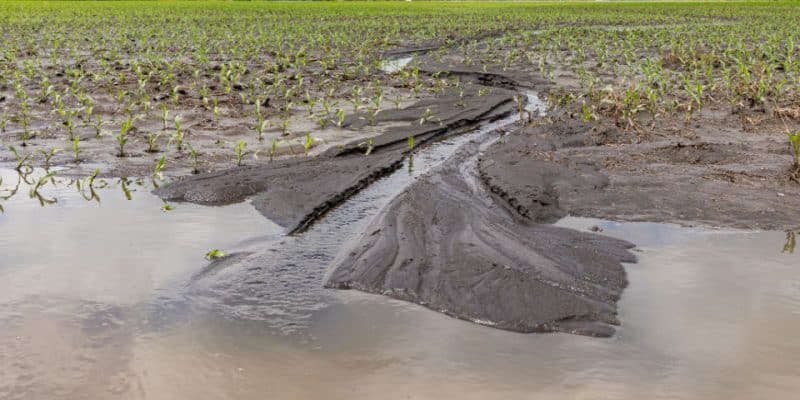 Switzerland has pledged its financial support to the Chadian government for the implementation of the fourth phase of the Gestion des eaux de ruissellement du Tchad sahélien (GERTS) project. A related memorandum of understanding was signed on 13 January 2023 between the authorities of both countries.

News on the Gestion des eaux de ruissellement du Tchad sahélien (GERTS) project. The Chadian government will benefit from additional funding from Swiss cooperation, notably in the framework of the implementation of the fourth phase of the project. This promise of funding was materialised by the signing of a memorandum of understanding on 13 January 2023.

The amount of Swiss cooperation funding was not disclosed. But the funds will allow the Chadian authorities to continue the development and rehabilitation of spreading sills and anti-erosion measures in the valleys. These sills will allow the recovery of runoff water (water from atmospheric rainfall that flows over a surface, editor’s note) for crop irrigation in the Batha, Ennedi East, Ennedi West and Wadi Fira regions of Chad.

This will increase the agricultural area available for rainy season crops, and allow for off-season farming. In addition, it will strengthen the water supply for livestock. Overall, the various works aim to improve food and nutritional security in Chad. In this Central African country, some 4.3 million people (52% of whom are women) suffer from food insecurity, according to the French Development Agency (AFD), which is also supporting the GERTS project.

The project is also economically important, given that the agricultural sector plays an important role in the Chadian economy, accounting for nearly 25% of gross domestic product (GDP) and employing 80% of the country’s active population. Pending the launch of component 4 of the GERTS project, the third phase launched in 2018 is continuing. Swiss cooperation has released €5 million of the €10 million planned for this stage of the project.