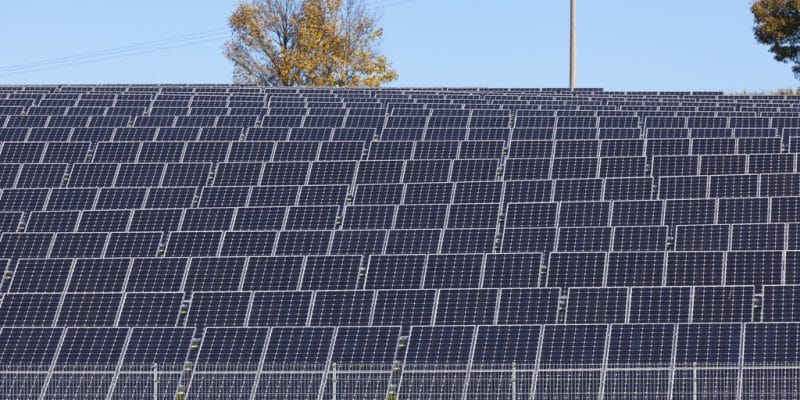 The water company of Chad (STE) will soon have a photovoltaic solar power plant. The installation is being carried out by Aboussimbil, a Chadian company specialising in general trade and building construction. The project will cost the construction company more than 500 million CFA francs (nearly '762,000).

The plant of the Chadian water company (STE), in the east of the country, will soon be running on a renewable energy source. A photovoltaic solar power plant will be installed at the agency of the public company in charge of water distribution. The solar power plant is offered by Aboussimbil, a company specialising in general trade and building construction. The Chadian Minister of the Environment, Water and Fisheries, Brahim Mahamat Djamaladine, and the company’s managing director, Aboussimbil Abdelhak Abdelrahim, signed a memorandum of understanding for the project on March 27, 2020.

The future solar power plant will consist of 1,276 solar panels. Thanks to this installation, STE will have a continuous supply of electricity, a necessity for the treatment of water intended for the populations of Eastern Chad. Among these localities, the town of Abéché in the capital of the Ouaddaï region is in the foreground.

In the town of Abéché, the photovoltaic solar power plant will thus make it possible to complete the drinking water supply project for the town of Abéché (Bitéha 2) launched on the 29th of June 2019 by the President of the Republic of Chad, Idriss Déby Itno.

Thanks to solar energy, STE will also see its electricity bills considerably reduced. The project will be financed by the company Aboussimbil to the tune of more than 500 million CFA francs, about €762,000.

In turn, the Chadian government has undertaken to make available to the construction company a plot of land for STE’s solar power plant project. It has also undertaken to obtain an exemption for the Aboussimbil company so that it can easily bring in the equipment and vehicles ordered for the implementation of this project.