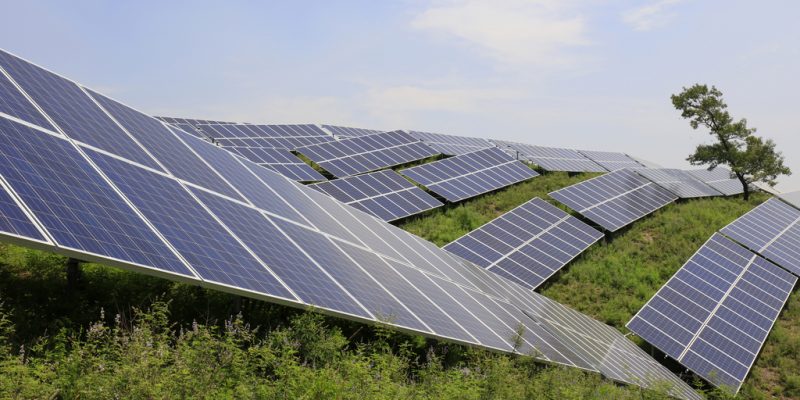 The Minister of State, Minister Secretary General of the Presidency of the Republic of Chad, Kalzeubé Payimi Deubet laid the foundation stone for the construction of a photovoltaic solar power plant in Kalam-kalam, near the administrative capital N'Djamena, on Wednesday July 22, 2020. The installation which will be built by the National Electricity Company (SNE) of Chad is the first phase of the "solar energy project for rural development in Chad".

The locality of Kalam-kalam, located on the Toukra-Mandelia axis near N’Djamena, the administrative capital of Chad, will be equipped with a solar photovoltaic plant. The Minister of State, Minister Secretary General of the Presidency of the Republic of Chad, Kalzeubé Payimi Deubet has recently sacrificed to the ritual of laying the foundation stone of the future work. Construction work on the solar power plant will officially begin in January 2021. The project is being carried out by the National Electricity Company (SNE) of Chad. Currently, no information has been provided on the capacity of the future solar power plant.

The installation will consist of interconnected solar panels connected to several inverters. The energy generated by the park will be fed into a small grid via a lift station. The system will consist of two transformers that will allow the electricity to be transported and distributed “safely” over a 33 kV grid, with an 82 km transmission line.

The electricity produced by the solar photovoltaic plant will benefit more than 6,000 households between Toukra in N’Djamena and Mandelia, a town located some 50 km south of the capital of Chad. “The surplus of the energy supplied will be injected into N’Djamena via the Gassi substation,” says Abdoulaye Ngamada, the managing director of SNE.

The first phase of a “major” solar energy project

The solar photovoltaic power plant to be built in Kalam-Kalam is part of the “Solar Energy Project for Rural Development in Chad”. The initiative was launched on July 22, 2020. It aims to provide reliable and affordable electricity to people in rural areas of the country. Eventually, 8400 households and 571 utility centres will be connected to the national grid by the SNE.

Access to electricity in these disadvantaged areas is currently estimated at 7 per cent. The Chadian government aims to raise this rate to 30% in the coming years.

The implementation of the “Solar Energy Project for Rural Development in Chad” is expected to last one year. It will be 87% financed with a loan from the Islamic Development Bank (IDB). The remaining 13% will be shared between the Chadian State through the SNE (11%) and the Kingdom of Morocco through the National Office of Electricity and Water (Onee), i.e. 2%.