Homepage » CHAD: In Sarh, a 30 MWp solar power plant will supply the populations and the NSTT

CHAD: In Sarh, a 30 MWp solar power plant will supply the populations and the NSTT 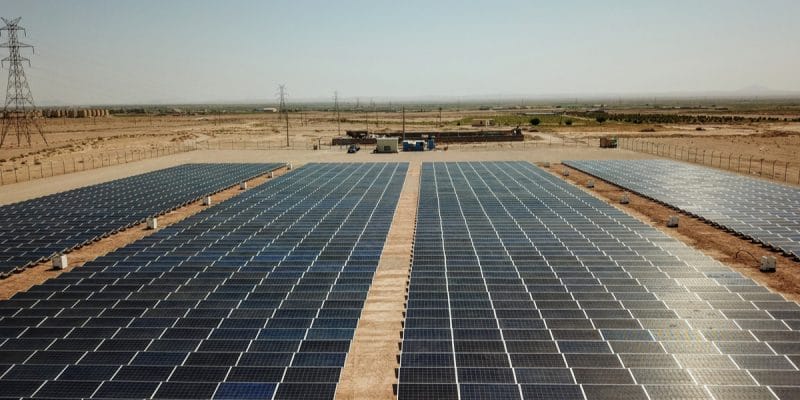 A solar photovoltaic power plant with a capacity of 30 MWp will soon be built in the town of Sarh, in the south-east of Chad. Within the framework of this project, 25 MWp will supply the population and the remaining 5 MWp will be destined for the New Textile Society of Chad (NSTT), inaugurated on November 8th, 2020 by the Chadian president, Idriss Déby.

The President of the Republic of Chad, in Central Africa, is the bearer of a solar energy production project. He himself made the announcement on November 8th, 2020, when he inaugurated the New Textile Society of Chad (NSTT) in Sarh, in the south-east of the country. It is a 30 MWp photovoltaic solar power plant that will be built on the NSTT site. The installation of the solar power plant reflects the contribution of the latter to the factory. Thanks to a constant and less expensive energy supply, the plant will be able to operate at full capacity and without interruption.

The people of Sarh are the major beneficiaries of the upcoming project, as they will consume nearly 80% of the electricity produced by the plant (25 MWp).

Chad, an oasis for solar energy

Chad, which has one of the lowest rates of access to electricity in the world, at 6.4%, has a significant advantage that could enable it to bring its population out of its electrical isolation thanks to non-exhaustible, clean and less expensive energy. The country has an average solar irradiation of between 2,000 and 2,800 kWh per m2, with 2,750 to 3,250 hours of sunshine per year. This makes Chad an oasis for the popularisation of solar energy.

This natural advantage for solar energy is nevertheless being taken into account by some private and public actors. Before the announcement of the Sarh solar project, several private initiatives had already taken steps in this direction, such as the 500 kW solar power plant in Bithéa in the east of the country, built and donated to the Chadian Water Company (STE) by Abou Simbil, a private Chadian mechanical engineering and agricultural equipment distribution company.