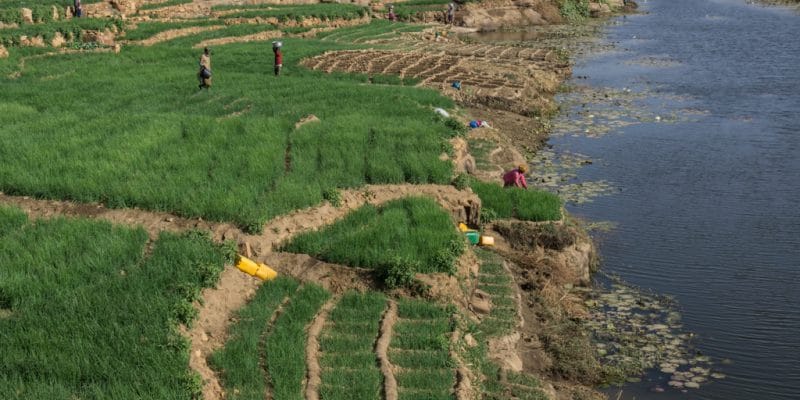 The Chadian part of the Integrated Programme for Development and Adaptation to Climate Change in the Niger Basin (Pidacc/Bn) has recently been launched. It will benefit more than one million people in Chad.

Sustainable cities and territories #11. Our series in partnership with the Africa-France 2020 Summit.

The Chadian city of Pala was in turmoil on February 26, 2020. Three members of the Chadian government were present in the chief town of the Mayo-Kebbi West region on the occasion of the launch of the Integrated Programme for Development and Adaptation to Climate Change in the Niger Basin (Pidacc/Bn).

It is an important programme whose aim is to contribute to the improvement of the resilience of the Niger River ecosystems and populations through sustainable management of natural resources. More specifically, the aim is to preserve the ecosystems of the basin by reducing the silting up process of the Niger River and to improve the resilience of the production systems and that of the populations themselves.

The River Niger does not flow through Chad but the Central African country is part of the basin of the Benue River, the main tributary of the Niger River. Chad is thus a member of the Niger Basin Authority (NBA), which coordinates the implementation of Pidacc/Bn. In Chad, the programme will affect the departments of Kabbia and Mount Illi in the Mayo Kebbi East region, as well as the departments of Mayo Dallah, Lac Léré, Mayo Binder and Mayo-Nanaye in the Mayo Kebbi West region.

The overall investment required for Pidacc/Bn will amount to 122 billion CFA francs (around 186 million euros). Completion of the Chadian part of the programme will cost 11.4 billion CFA francs (17.3 million euros). The government of Chad estimates that the project will benefit more than one million people. According to the African Development Bank (AfDB), one of the main donors to the programme, Pidacc/Bn is expected to benefit around 4 million small producers (agriculture) in the nine countries of the Niger Basin, 51% of whom are women. The project will strengthen the capacity of small producers, women and young people, through training and the provision of equipment for the production, processing and upgrading of agricultural products.

The project is also supported by the West African Economic and Monetary Union (UEMOA), the African Water Facility (AWF) and the Infrastructure Consortium for Africa (ICA).