Homepage » CHAD: €21 Million funding from AfDB for a water and sanitation project

CHAD: €21 Million funding from AfDB for a water and sanitation project 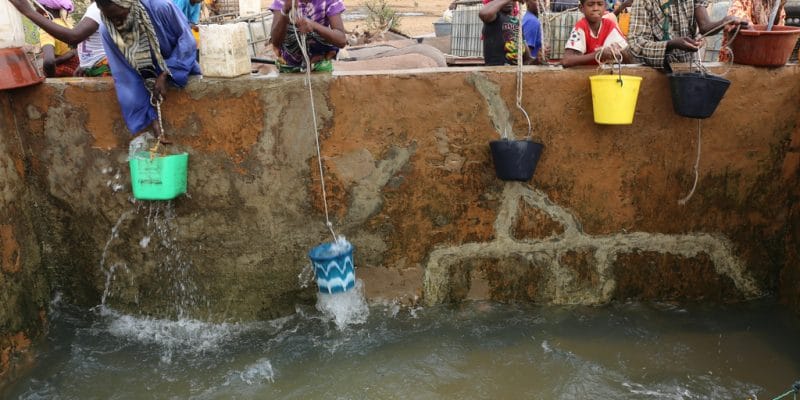 The Semi-Urban and Rural Water Supply and Sanitation Programme has received support from the African Development Bank (AfDB). The Pan-African financial institution has decided to lend CFAF 14 billion (more than €21 million) to the Chadian government for the project, which will cover eleven regions of Chad.

The AfDB money will be used in particular to implement the “Component A” of the project. This involves the construction of 48 mini drinking water supply systems, consisting of boreholes with flows of 50 m3 of water per hour in the South and 15 m3 of water per hour in the North. The boreholes will be operated by pumps powered by solar panels and/or generators. The water pumped from the mini boreholes will be treated and stored in water towers from 30 to 150 m3. Each mini borehole will ultimately be equipped with at least five standpipes and five water troughs for livestock.

Also in the first component of the Semi-Urban and Rural Water Supply and Sanitation Programme, five gardening boreholes equipped with solar panels and tarpaulins will be built. Five piezometers will also be installed in different target regions. The Chadian government plans to recruit service providers for training and awareness-raising in the fight against desertification and for environmental protection, as well as to set up control and monitoring offices.

Chad on track for access to safe drinking water

Finally, 48 wastewater treatment plants will be built. Chad has made great efforts in recent years to provide access to safe drinking water. In 1990, only 21% of the population had access to this resource. In 2012, this rate was 46%. Three years later, it has risen to 67%. The Chadian government explains such evolution by “good management of oil revenues and the contribution of development partners.” However, access to sanitation remains problematic, even if it is improving. It has thus increased from 7% in 1990 to 20% in 2016.

CHAD: African Parks to manage Zakouma Park for another 5 years

CHAD: Savannah to produce 500 MW of renewable energy with storage from 2025