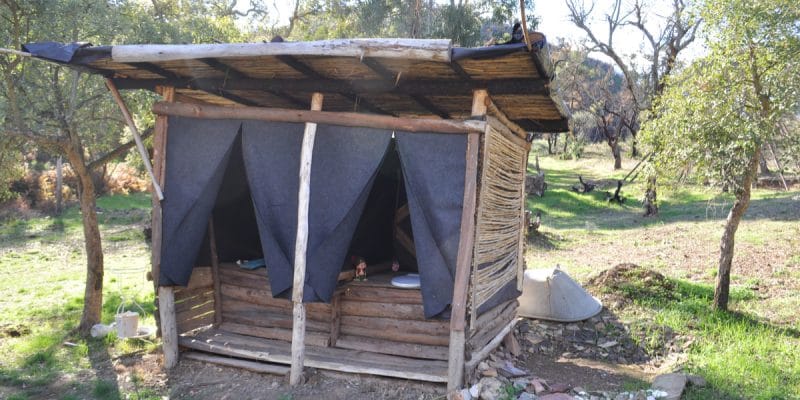 The young Chadian, Adolphe Djasrabaye, is concerned about open defecation, which is very common in his country. To limit this phenomenon, which affects 68% of the population, the civil engineer offers compost toilets. With zero water consumption, the device, adapted for the Sahel zone, also produces a fertiliser for agriculture.

In Chad, open defecation has reached worrying proportions. According to a report published in 2017 by the joint monitoring programme of UNICEF and WHO, about 9 million people in Chad, or 68 per cent of the population, use outdoor or street-based methods to ease themselves.

For Adolphe Djasrabaye, a young Chadian living in Italy, raising awareness among the population and using conventional toilets will not be enough to solve the problem. The civil engineer wants to popularise the use of compost toilets throughout Chad. Also known as litter (dry) or LRT (biolitter toilet) toilets, this device is made entirely of treated wood and uses natural decomposition and evaporation processes to recycle human waste. More than 90% of the water entering the toilet is evaporated and transported into the atmosphere by the ventilation system. The small amount of remaining solid matter is converted by natural decomposition into useful fertiliser.

Compost toilets, a system adapted to the Chadian context

Adolphe Djasrabaye is convinced that his compost toilets, called Poof, represent a tailor-made solution for Chad. These toilets do not use water, a commodity already scarce in the Sahel region. The Poof also makes it possible to recover materials that are usually discharged into the sewer, requiring wastewater treatment operations. “It is a low-cost solution, not only to put an end to open defection around N’Djaména, in rural areas, but also to produce fertiliser for agriculture and avoid the risk of groundwater contamination,” says the engineer. He will also be present at the first sub-Saharan agriculture exhibition to be held from March 12 to 15, 2019 in N’Djamena. The event will allow him to present the installation, operation and advantages of a Poof.

Adolphe Djasrabaye’s efforts are being made concurrently with those of the government. On 9 January 2019, the Director of Sanitation, Inagbet Padaket, launched an extension campaign in the Chari-Baguirmi province in southern Chad on the operation “Tchad sans défécation à l’air libre” (Chad without open defecation). The development of this programme stems from the government’s commitment to sustainable development objectives by eradicating open defecation by 2030.