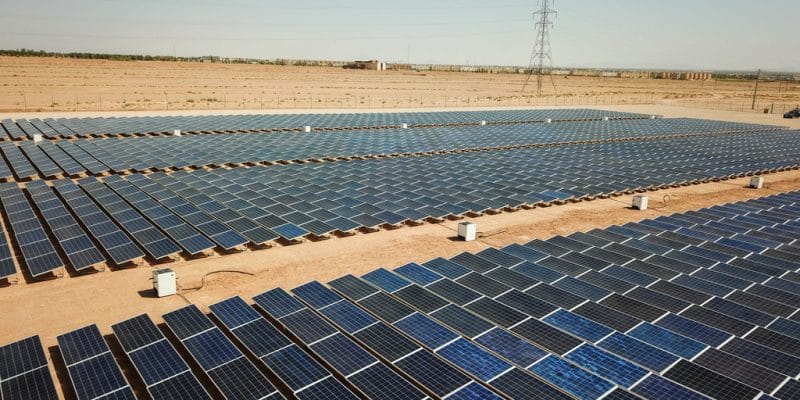 The Government of Chad has recently signed an agreement with Amea Power, a company based in Dubai-United Arab Emirates, for the construction of a 120 MW solar power plant near N'Djamena, the capital.

Chad will soon have a solar power plant, located near N’Djamena, the capital. An agreement to this effect has recently been signed between the government of this Central African country and Amea Power, an energy producer based in Dubai, United Arab Emirates. The agreement was sealed between Mahamat Hamid Koua, Chad’s Minister of Petroleum and Energy, and Hussein Al-Nowais, Chairman of the Board of Directors of Amea Power.

The company will build a 120 MW solar park with a capacity of 120 MW that it plans to deliver to the Chadian government by 2020. This project is important for the country whose electrification rate is one of the lowest in the world. Once completed, the solar park is expected to triple the country’s generation capacity. Currently, electricity consumption in the country is 200 million kWh per year, while more than 90% of the population is not yet connected to the electricity grid.

The government has also signed another agreement with Almaden Emirates Fortune Power LLC, a company also based in the United Arab Emirates, to launch additional energy projects. The agreement provides for the development of a solar park with a production capacity of more than 200 MW. On the other hand, NewSolar Invest, Arborescence Capital and the engineering group CIEC Monaco have joined forces in a third 32 MW production project.

The N’Djamena solar project also is of vital importance to Amea Power in the dynamic renewable energy market in Africa. After N’Djamena, the president of Amea Power travelled to Freetown, the capital of Sierra Leone to meet the President, Julius Maada Bio.

The two men discussed investment opportunities in renewable energy in this West African country. Like Chad, Sierra Leone is one of the African countries where access to electricity remains very low (15%).