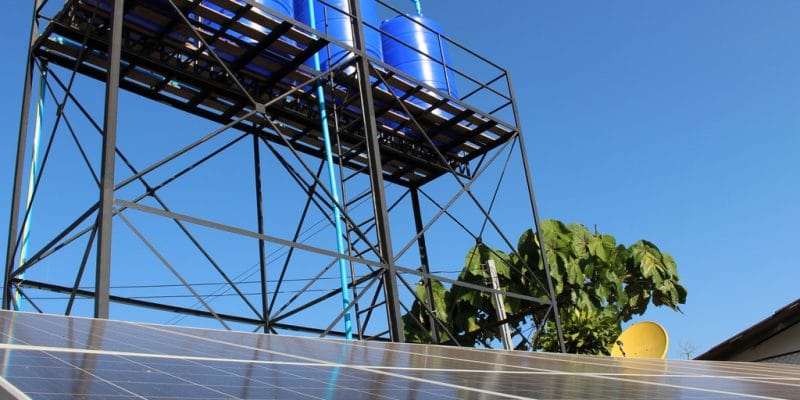 The first stone of the Chokoyan drinking water supply project was laid at a ceremony held on January 24th, 2021, presided over by the Chadian Minister of Urban and Rural Hydraulics, Tahani Mahamat Hassane. The project will enable the supply of drinking water to 13,000 households in this locality located in the Ouaddaï region of Chad.

The Chokoyan water supply system will consist of two boreholes equipped with two pumps, partially powered by photovoltaic solar energy. Drinking water will be stored in a castle with a capacity of 200 m3.

Drinking water will be distributed to the population via new pipes that will also enable 100 households in Chokoyan to be connected to the national water network. The Chadian State has released 631 million CFA francs (‘962,000) for the implementation of the water project. The future installations will be carried out by Al Kaossar. The construction company will have to complete the work in six months according to the terms of its contract.

The new installations should reduce the lack of drinking water in Chad. According to the authorities of this Central African country, barely 50% of the population has access to drinking water. In order to improve water supply in the Ouaddaï region, the Chadian Water Company (STE) recently launched rehabilitation work on the Bithéa pumping station built in 1994. According to the public company, the rehabilitated facility will increase the pumping capacity from 4,000 to 6,000 m3 per day. The water pumped from Ouadi Bithéa is directly conveyed into two water towers with a capacity of 2,000 m3 each.