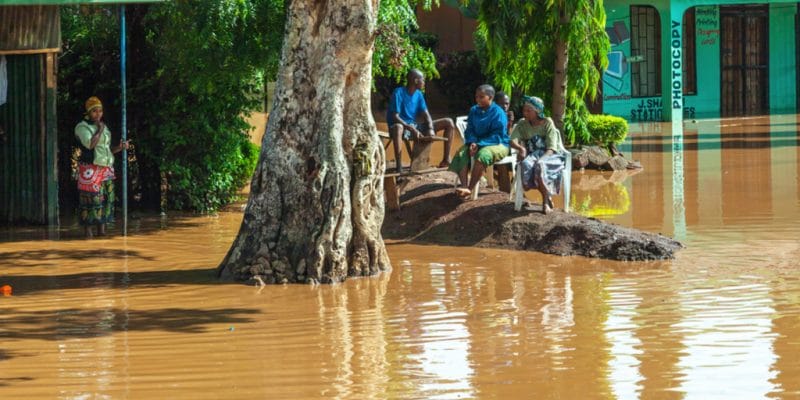 The Government of Chad has just launched part of the Water and Sanitation Programme in N'Djaména (PEAN). The European Union and the French Development Agency (AFD) are supporting the project with €25.5 million.

The first, 5 km long, will allow the pumped water to flow between the southern and northern basins of the capital. The other canal will be 1.7 km long. It will be used to carry water from the northern basin to another existing canal in the N’Djari neighbourhood. At the level of each basin, a pumping station will be built and several other pumping stations will also be renovated, including Lamadji. Cost of this first phase, €14.3 million.

A solution to flooding in N’Djaména

Ongoing work in the Chadian capital is part of the Water and Sanitation Programme in N’Djaména (PEAN). To initiate the first phase, the Chadian government had to compensate nearly 250 people. They occupied the areas where the water retention basins will be built. The work is scheduled to take 25 months. The project should benefit nearly 200,000 people living in the 7th and 8th boroughs. At the end of the work, they will be less concerned about the rainy season.

Between August and September 2018, several districts of the Chadian capital remained flooded. The Chari and Logone rivers had emerged from their beds, particularly affecting Walia. A woman was killed in the neighbourhood after a wall collapsed after it failed to withstand water. A situation that put the authorities on alert, hence the acceleration of the PEAN. The European Union came to the rescue, providing €18 million in funding for the project. The money is expected to be injected through the French Development Agency (AFD), which has promised to release €7.5 million. The total amount invested by the two partners is €25.5 million.