Homepage » CHAD: a solar farm (500 kWp) to improve the water supply in Abéché

CHAD: a solar farm (500 kWp) to improve the water supply in Abéché 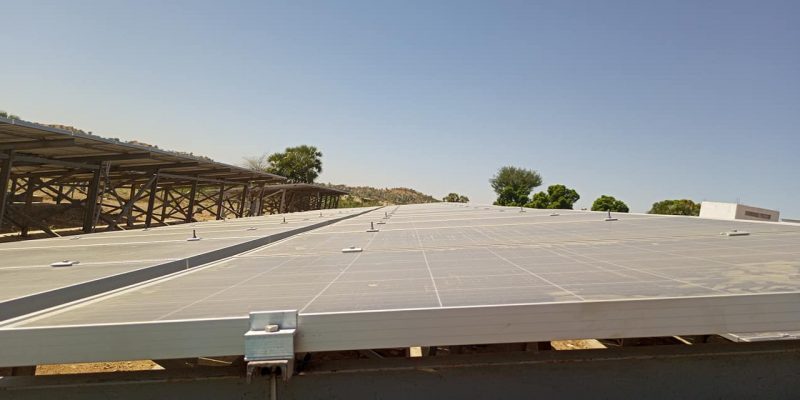 The Chadian authorities have just inaugurated a 500 kWp solar power plant in Bithéa, a town in the east of the country. The energy produced by this plant is destined for the Bithéa water pumping station, whose electricity shortages were hindering the water supply to the populations of the neighbouring town of Abéché.

The difficulties of access to water experienced by the nearly 250,000 inhabitants of Abéché, a cosmopolitan city in eastern Chad, will soon be reduced. The city’s water pumping station, some thirty kilometres away in Bithéa, has just been upgraded through the construction of a 500 kWp solar power plant. Made up of 1,476 solar panels spread over two sites, and two inverter chambers, this power station is capable of meeting the pumping station’s electricity needs for eight hours. In addition to the station’s consumption of polluting energy, this solar power station also enables it to ensure a 24-hour supply of drinking water, with daily production increasing from 4,000 m3 to 6,000 m3.

The Bithéa solar power station was built over a period of 8 months for an amount of approximately 836 thousand euros, which also includes the construction of these ten standpipes. The project is financed by Abou Simbil, a private Chadian company of mechanical construction and distribution of agricultural equipment. “This support is justified by the concern to supply the population with water and to take up the challenge in this field,” says Tariq Abdelhak, the managing director of the Abou Simbil company.