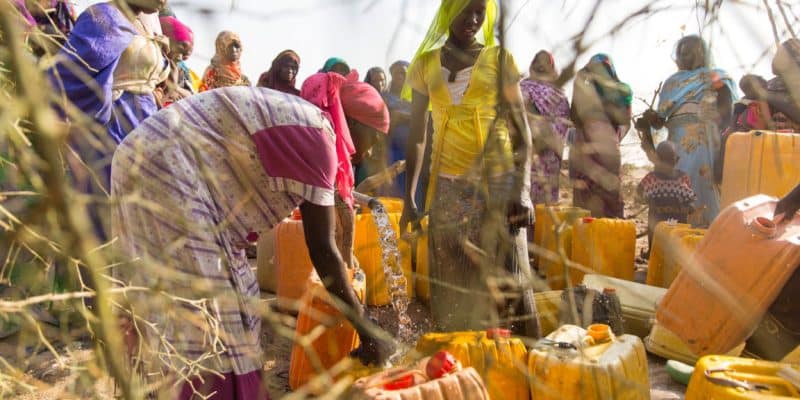 A new project is improving the supply of drinking water in Chad. A new water supply project has recently been commissioned in Mondjino 1, a neighbourhood in the council of Mongo in the province of Guéra. The commissioning of the facility was at the heart of a ceremony attended by several personalities including the secretary general of the urban municipality of Mongo, Adam Hissein and the representative of the governor of Guéra province, Abba Djidi Brahimi.

The new water supply system includes a borehole equipped with an electric pump, with a flow rate of 5 m3 per hour. The energy used by the pump is produced by a 200 W solar kit. The water pumped from the water table is sent to a 20 m3 tank connected to a 1,200 m distribution network. The populations benefit from the resource via four standpipes. A drinking trough also meets the water needs of the animals at Mondjino 1.

The aim is to improve the supply of drinking water to Mondjino 1. The new water supply also reduces the risk of water-borne diseases in the area, including cholera, typhoid, diarrhoea, hepatitis, polio, etc. Before this project, Mondjino 1 was facing shortages of drinking water. This situation is becoming more widespread in Guéra.

And in the face of the water crisis, this Chadian province with a population of 554,000 also benefits from the Food and Nutrition Security Programme (SAN). The initiative launched in Chad in 2020 has several components, including support for the sustainable management of water resources. The SAN is also being implemented in the provinces of Western Logone, Tandjilé, Ouaddaï and Wadi-Fira.

The Chadian government’s objective is to provide universal coverage of the populations of the country’s 23 provinces with drinking water. By 2021, one person in two will have access to drinking water in this Central African country, a rate of 53% according to the African Development Bank (AfDB).