Homepage » CHAD: a drinking water supply improves service in the town of Bol

CHAD: a drinking water supply improves service in the town of Bol 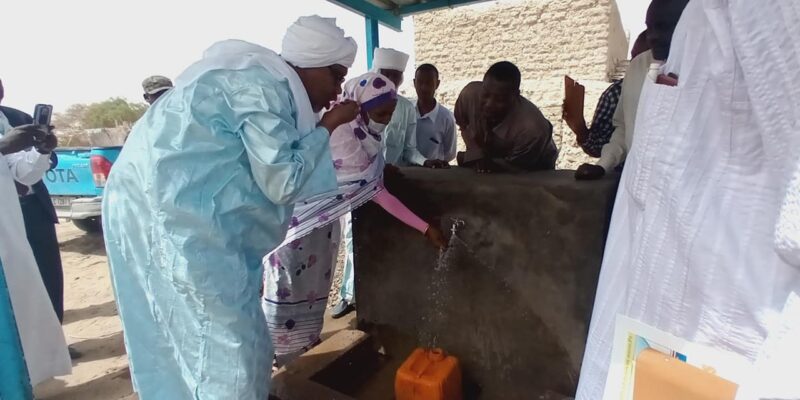 The inauguration of the drinking water supply (WWS) in the town of Bol was the subject of a ceremony presided over by the Chadian Minister of Hydraulics, Tahani Mahamat. The water supply system comprises two boreholes, each equipped with submersible pumps for water collection. The installations are powered by two 60KVa generators. A pumping station has also been built to support the boreholes.

The pumped water will be stored in a 100 m3 ground storage tank. The resource will then be sent to a 300 m3 tank, before being supplied to a 34.7 km distribution network. The population will be able to benefit from water thanks to 20 standpipes.

In addition to improving the supply of drinking water, the water supply system will reduce waterborne diseases in the city, including cholera, typhoid, diarrhoea, hepatitis, polio, etc. The drinking water project was implemented by the Société moderne de construction (SMC) at a total cost of 1 billion CFA francs, or more than 1.52 million euros.

The Bol water supply system is being inaugurated a few days after the start of construction work on new drinking water facilities in Mao, a town in the Kanem province. The work is being carried out under the Programme d’approvisionnement en eau potable et d’assainissement en milieux semi-urbains et rural (PAEPA SU MR) and will last 16 months.

Another component of the PAEPA SU MR has also been launched in Moundou, the economic capital of Chad. Co-financed by the African Development Bank (AfDB) and the Chadian government, the project will benefit more than 2 million people, i.e. 750,000 additional people or direct beneficiaries for drinking water and 364,000 additional people for sanitation, 54% of whom are women.