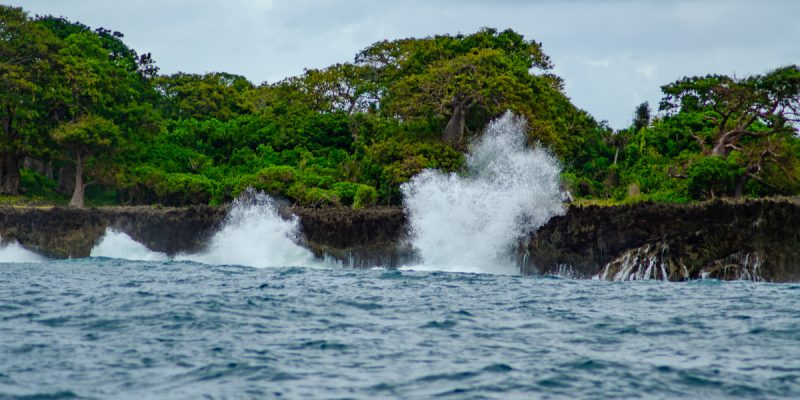 UNESCO's Intergovernmental Oceanographic Commission (IOC) has recently published a list of six proposals to reduce the vulnerability of coastal areas in Central Africa. This moral contribution comes as a prelude to the United Nations Decade of Ocean Sciences for Sustainable Development (2021-2030).

The transboundary nature of the threats facing coastal areas in Central Africa and the rest of the world prompts experts to call for the integrated management of these natural areas. It is the appeal launched by UNESCO’s Intergovernmental Oceanographic Commission (IOC). In its Technical Report on the State of Coastal Vulnerability of Central African Countries, published on June 22 2020, the members of this commission made six proposals based on a Central African regional approach to coastal resource management.

Thus, in order to achieve coastal resilience in the seven Central African countries it is necessary to : consolidate power, strengthen expert networks, build capacity, give communities a greater say and promote information sharing; put in place a global strategy capable of giving concrete expression to declarations in favour of climate resilience; adapt the economy to the new climate reality; advance the implementation of legal and policy programmes relating to climate resilience; strengthen regionalism and bioregional identity; and finally, align and develop scientific and technical infrastructures in support of decision-making processes.

The fragility of coastal zones derives mainly from human activities

The coastal areas of Central Africa are at the centre of many issues, particularly of human origin, which are subjecting them to major changes. For example in Kribi, a seaside town in southern Cameroon, where agro-food projects have been set up since 1960 (a Swiss palm oil production company [SPFS] in 1974, which became the Cameroon oil production comapny [Socapalm], Hévéa du Cameroun [Hevecam-rubber production company] in 1975). The presence of these companies, combined with the major industrial projects recently undertaken in this region (Kribi deep-sea water port, the gas power plant, the Chad-Cameroon Pipeline, etc.), has led to galloping population growth, which is not without consequences on the Kribi coast. It is therefore to overcome these so-called emerging challenges, in the field of coastal management that the Intergovernmental Oceanographic Commission (IOC) technical report intervenes.

Prior to the publication of this report, the IOC had organised a technical workshop on coastal vulnerability in Central Africa from November 5 to 7,  2019. This initiative had brought together all the different experts of the sub-region to identify the challenges of each country and find a joint initiative to preserve coastal areas.

These different IOC actions are taking place within the framework of the joint roadmap on global marine spatial planning processes, and in the context of the preparations for the United Nations Decade of Ocean Sciences for Sustainable Development (2021-2030).