Homepage » CENTRAL AFRICA: NGOs step up efforts for the protection of great apes

CENTRAL AFRICA: NGOs step up efforts for the protection of great apes 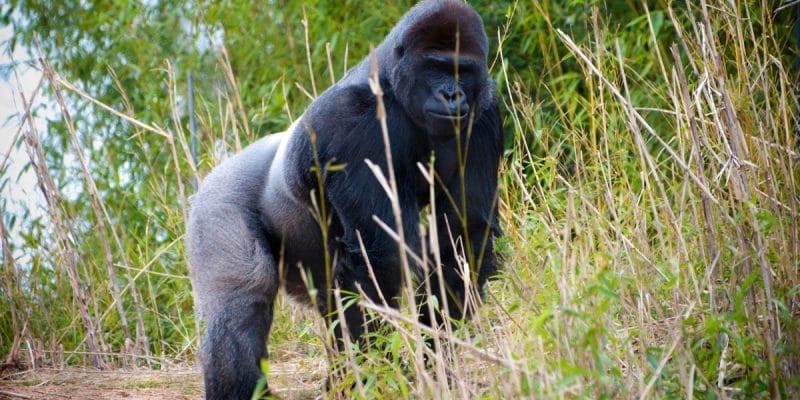 The Alliance for the Conservation of Great Apes in Central Africa (GSAC Alliance) requires greater protection for the great apes of the Congo Basin. Ebola fever, poaching and forest loss have all been putting pressure on primates in the sub-region.

The number of gorillas and chimpanzees in Central Africa continues to decline due to illegal hunting, deforestation and Ebola fever, all combined with poor law enforcement. It is in this context that the fourth strategic workshop of local NGOs in the sub-region for community conservation of great apes and local development in the forests of the Congo Basin was held from November 7 to 9, 2019, in Pointe-Noire, Congo Brazzaville.

One example of the danger of extinction of the great apes of Central Africa is found in the forests of Kahuzi-Biega National Park in the eastern part of the Democratic Republic of Congo. In what is now considered to be the last retreat of the endangered Eastern Lowland Gorillas, the habitat is at the centre of a conflict between the country’s authorities and Pygmy leaders. They claim that this land has been stolen from them. These natives have already destroyed 350 hectares of forest, threatening the survival of an endangered species.

When the International Union for Conservation of Nature (IUCN) Red List of Threatened Species was updated in September 2016, the Eastern Gorilla was moved from “Endangered” to “Critically Endangered”. This classification follows a catastrophic decline in its population, reduced by more than 70% between 1995 and 2015. It is currently estimated at less than 5,000 individuals.

To help reverse the decline of great apes in the forests of the Congo Basin, primatologists at Princeton University in the United States advocated in a 2003 journal for support for research on the Ebola virus that would lead to appropriate treatments. The Ebola virus, which has caused several epidemics in Central Africa, particularly in the DRC and Gabon, killing hundreds of people, has also decimated gorillas and chimpanzees in some parts of the region’s forests.