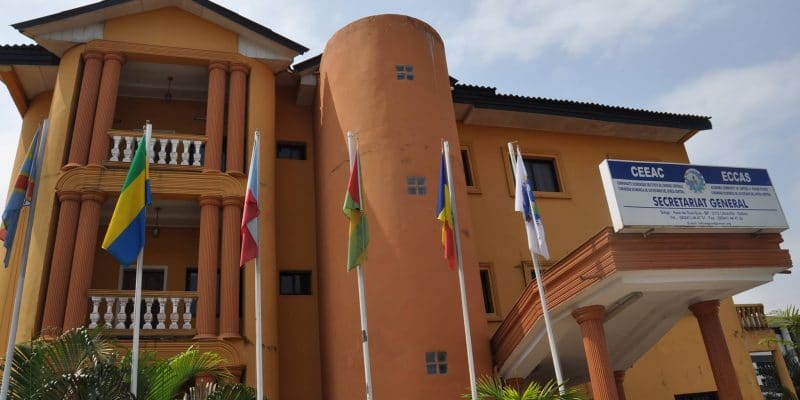 The European Union (EU) encourages the ecological actions of the ECCAS (Economic Community of Central African States) commission. The sub-regional institution received on March 21, 2022 in Libreville, Gabon, equipment, including computer equipment and promotional boards. This support is part of ECOFAC 6, the 6th phase of the program for the conservation and rational use of forest ecosystems in Central Africa.

The European Union (EU) welcomes the ecological efforts made by the ECCAS (Economic Community of Central African States) Commission. On Monday, March 21, 2022 in Gabon, the EU ambassador, Rosario Bento Pais, handed over a batch of computer equipment and promotional boards to the ECCAS Commission. This equipment is specifically intended for the Department of Environment, Natural Resources, Agriculture and Rural Development of the ECCAS Commission.

“This handing over of equipment is a symbol of the strengthening of the close cooperation between the EU Commission and the ECCAS Commission. Moreover, it symbolizes for the EU, the importance of the role of ECCAS in the conduct of the general political dialogue on issues of environmental integration, and rural development in ECCAS Member States and internationally, “said Rosario Bento Pais at the ceremony in Libreville.

This support from the EU comes under the 6th phase of the Support Program for the Preservation of Biodiversity and Fragile Ecosystems in Central Africa (ECOFAC 6). This program was launched jointly in 1993 by the EU and ECCAS. Its objective is to preserve the biodiversity of Central Africa, particularly in the Congo Basin, the second green lung of the planet. This objective involves promoting a green economy characterized by endogenous, sustainable and inclusive development, as well as mitigation and adaptation to climate change.

Funded at more than 80 million euros by the EU, the 6th phase of the ECOFAC program is expected to end in 2023, while its prime contractor is requesting additional support from the EU. “In addition to this equipment, we are also requesting support for capacity building in setting up banking programs for the benefit of the commission’s officials,” said the president of the ECCAS Commission, Gilberto Da Piedade Verissimo.