Homepage » CENTRAL AFRICA: COMIFAC to advocate for its forests at COP 15

CENTRAL AFRICA: COMIFAC to advocate for its forests at COP 15 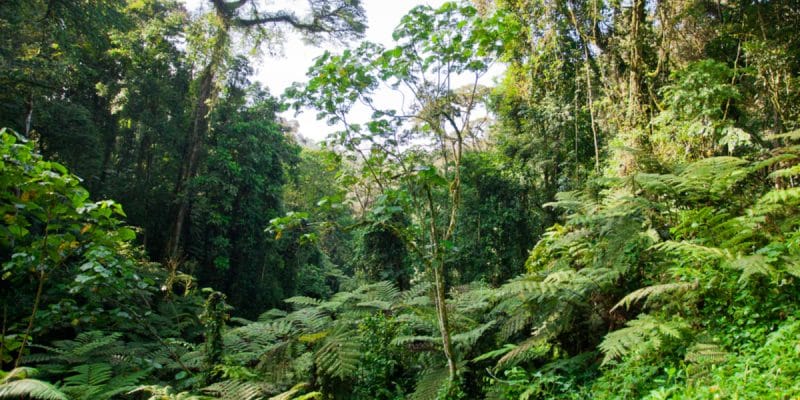 The 15th Conference of the Parties to the Convention on Biological Diversity (COP 15) is scheduled to take place from 25 April to 8 May 2022 in Kunming, China. In the run-up to this international meeting, the Central African Forest Commission (COMIFAC) brought together its experts and focal points of the Convention on Biological Diversity and its additional protocols in the framework of the 33rd meeting of the Central African Biodiversity Working Group (GTBAC 33). The meetings, held from 14 to 18 February 2022 in Douala, aimed to formulate a common position for the Central African sub-region at COP 15. This position focuses on the preservation of forest ecosystems.

The issues of the 15th Conference of the Parties to the Convention on Biological Diversity (COP 15) that will be defended by the Central African sub-region were formulated during the 33rd meeting of the Central African Biodiversity Working Group (CAWG 33), held from 14 to 18 February 2022 in Douala, Cameroon. The community entity composed of experts from the Central African Forest Commission (COMIFAC) and focal points of the Convention on Biological Diversity and its additional protocols emphasizes efforts in favour of forest governance, the fight against deforestation, the promotion of protected areas and adaptation to climate change.

The experts also wanted to emphasize the strengthening of international jurisdiction for the regulation of the use of resources derived from biodiversity, the draft 1 of the post 2020 global biodiversity framework and the examination of issues on the agendas of the 24th meeting of the subsidiary body in charge of providing scientific, technical and technological advice on forest management. The process should allow COMIFAC member countries to harmonize their views before the Cop15 in China.

The COP 15 should result in a Kunming Declaration to give political impetus to the negotiations. The final negotiations will be held face-to-face in Kunming from April 25 to May 8, 2022. According to the Executive Secretary of the UN Convention on Biological Diversity, Elizabeth Maruma Mrema, the Kunming meeting is essential given the continuing uncertainties created by covid-19 and the need for face-to-face meetings to conclude the complex negotiations on the global biodiversity framework.

The issues formulated by WGCA 33 are in line with the goal of conserving 30% of the planet by 2030. Also known as the “30×30” target, this goal was debated on September 30, 2020, as part of the 75th period of regular sessions of the United Nations General Assembly. It aims to convert 30% of the planet into protected areas by 2030.

The target will be officially presented at the COP 15 in Kunming and could become the ultimate multilateral commitment to biodiversity conservation.