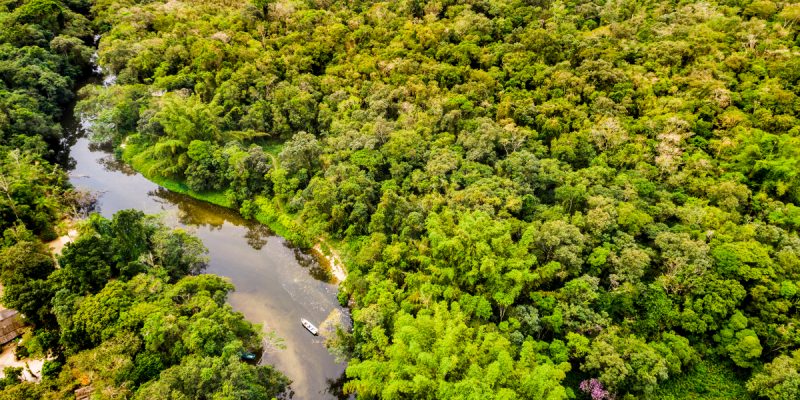 The joint declaration on the Central African Forest Initiative (CAFI) recently signed an agreement with Congo. The text provides, among other things, for the release of $65 million for the protection of the forest and peatlands of the Congo Basin.

The Congo Basin is once again a focus of attention. The preservation of this biodiversity reserve, located in Central Africa, has recently been the subject of a new funding agreement.

The joint declaration on the Central African Forest Initiative (CAFI), currently chaired by France, signed a letter of intent to finance the investment plan of the Republic of Congo’s Redd+ strategy. The signing ceremony took place on September 3, 2019 in Paris, between French President Emmanuel Macron and his Congolese counterpart, Denis Sassou N’Guesso.

The letter of intent provides $65 million in funding for tropical forest conservation in the Republic of Congo. This includes the implementation of projects and programmes to promote the sustainable management of forest ecosystems through the development of a national land allocation scheme and land tenure to promote the recognition of traditional land rights. The funds will also finance the protection and sustainable management of peatlands in the Republic of Congo, by prohibiting all drainage and dewatering. These funds will also support the increase of carbon stocks through reforestation and agroforestry as well as the development of renewable energies.

The letter of intent also limits Congo’s ability to convert forests to a maximum of 20,000 hectares per year, instead of the 35,000 hectares requested by the government, and even then, must these developments be carried out outside areas with high carbon stocks and high conservation values?

Is Europe addressing the oblivion of the Congo Basin Forest?

The CAFI’s support comes just over a week after the Biarritz G7 meeting in France, where $20 million had been allocated to extinguish forest fires in the Amazon, while a map of the American space station (NASA) presented at least a comparable situation in Africa and specifically in the Congo Basin. This action was then described as unfair, because if Amazonia with its 5 million square kilometres was at the centre of all the G7 discussions, the Congo River Basin, which offers an area of 4 million square kilometres and 220 million hectares of forests, was hardly mentioned.

This omission has now been remedied through the support of the CAFI, an organisation born out of the desire of six countries in Copenhagen in 2009, at COP15, to support efforts to preserve and sustainably manage forest ecosystems in Central Africa. These countries are: France, Norway, Germany, Belgium and Great Britain.