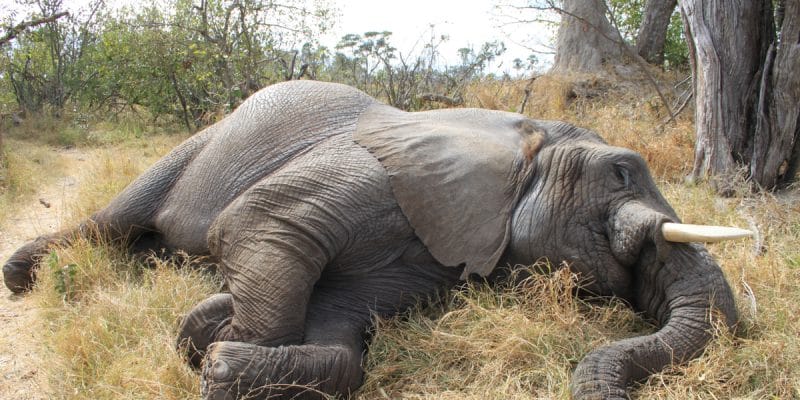 The Dzanga Sangha reserve in southwestern Central African Republic (CAR) remains the only place in the country where elephants still live. A total of 8,000 pachyderms cohabit with an ecoguard unit made up of former pygmy hunters. The latter ensures the protection of the elephant population in the reserve against poaching in the rest of the country.

A perfectly complementary relationship between humans and elephants has been established for some time in Dzanga-Sangha. In this reserve located in the southwest of the Central African Republic in the heart of the equatorial forest, indigenous people are helping to protect wildlife. They are former pygmy hunters, who put their perfect knowledge of the forest at the service of elephant conservation by becoming park guides.

By following in the footsteps of the former hunters, the rangers and soldiers in charge of protecting the reserve can operate with effectiveness and precision.

The guides were selected in the surrounding villages and trained and employed by the World Wildlife Fund (WWF), the international environmental NGO that manages the reserve in partnership with the Central African government.

A recent CITES resolution strengthens the protection of African elephants

The initiative undertaken in the Central African Republic by the WWF is mainly motivated by a fear that the animals of Dzanga Sangha, considered as a sanctuary for elephants, will be exterminated by poachers. “Today there are no more savannah elephants… the poachers will inevitably end up coming here,” says Luis Arranz, WWF manager and in charge of training Dzanga Sangha’s rangers.

In this reserve with its extremely rich biodiversity, classified in 1990 as a “priority ecoregion” by WWF, a minimum of six elephants were killed in less than a month in 2018, according to the authorities. The civil wars that the country has been going through since 2013 have increased poaching, to the point that the elephant population has declined by 94% in 30 years, according to a report by Ecofaune, the wildlife protection agency in the northern Central African Republic.

African elephants, when not slaughtered for their ivory tips, are sold to zoos around the world. To put an end to these actions harmful to biodiversity, the majority of the 183 members of the international treaty governing global trade in wildlife (CITES) decided on August 27, 2019 in Geneva, Switzerland, that the continuation of these practices was unacceptable. International trade in elephants and their derivatives has therefore been logically banned by the signatory countries.