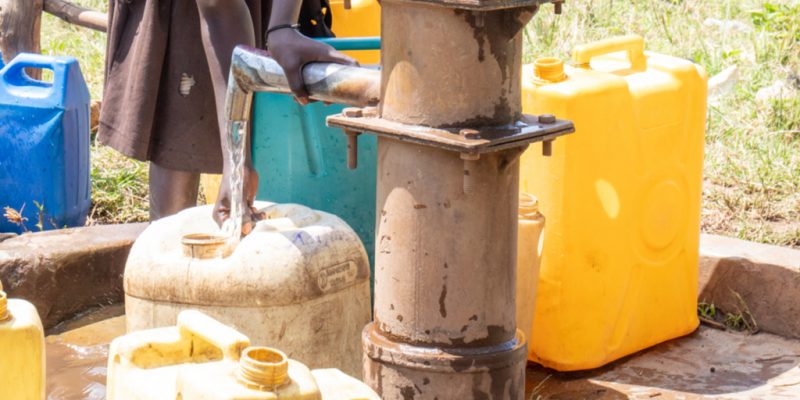 The European Union (EU), through the European Development Fund, is supporting the Central African government in this difficult period due to Covid-19. The EU Ambassador to the Central African Republic, Samuela Isopi, and the Central African Minister of Economy, Planning and Cooperation, Félix Moloua, have recently signed a contract with Oxfam, a global development organisation and EU partner, for the construction of 125 boreholes in Bangui and Paoua. The project will be financed by the EU to the tune of €1.35 million (over 885 million CFA francs).

In the Central African Republic (CAR), as in the rest of the world, drinking water is one of the most effective weapons to limit the spread of the coronavirus pandemic (hand washing…). Drinking water is sorely lacking in the country. Aware of this reality, the European Union (EU), through the European Development Fund, has decided to support the CAR authorities in their fight against the disease. To this end, the EU has invested 1.35 million euros, or more than 885 million CFA francs, in the construction of 125 boreholes in Bangui, the CAR capital, and in Paoua, a commune and the capital of one of the three sub-prefectures of the Ouham-Pendé prefecture.

The Bangui and Paoua drinking water and sanitation project will be implemented by Oxfam, an international development organisation and EU partner. A cooperation contract was signed between the organisation’s representative, the EU Ambassador to the Central African Republic, Samuela Isopi, and the Central African Minister of Economy, Planning and Cooperation, Félix Moloua.

The implementation of the project will last at least six months

Work on the new water and sanitation project is expected to be completed in six months. Ultimately, the facilities will improve access to drinking water for the population in a context marked by prevention due to the coronavirus pandemic. In addition, communities will be able to easily implement the barrier measures and hygiene standards provided for by the Central African government’s provisions.

AFRICA: An international agreement to stop deforestation by 2030