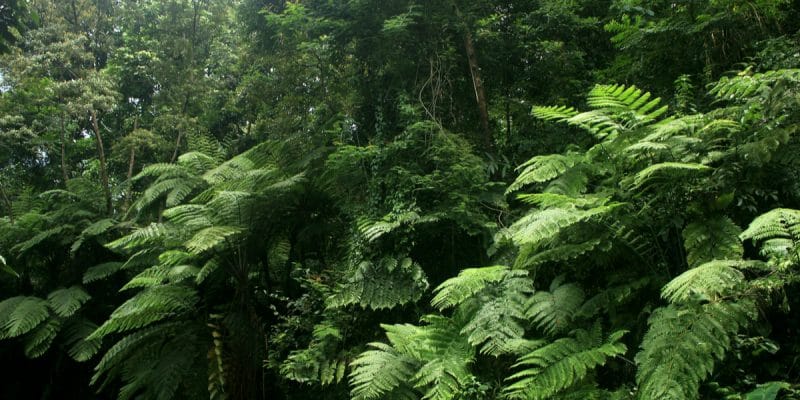 The forest of the Nkam division, in the Cameroonian coastline, is once again in the sights of the Cameroonian government. Nearly 11,396 hectares of the forest that is home to the great apes will be razed for timber production. A call for tenders has been launched for this purpose.

The Cameroonian government wants to cut down trees again in part of the Ebo forest, located in the Nkam division, Littoral region. Ignoring the protests of non-governmental organisations (NGOs) and local communities, Cameroon’s Minister of Forests and Wildlife, Jules Doret Ndongo, has just published a call for tenders for the exploitation of two new forest concessions in the country. A total of 45,794 hectares of forest have been put up for concession in the Donga-Mantung division (North-West), compared to 11,396 hectares in the Nkam division, Littoral region. This makes a total of 57,190 hectares open to logging.

According to the authorities, the concessioning of these forests will allow the opening up and development of the territories concerned.

This is the second time in two years that the Cameroonian government has attempted to subject the Nkam forest to timber exploitation. Prime Minister Joseph Dion Ngute signed a decree on July 14th, 2020 with the approval of the presidency of the Republic, to exploit 68,385 hectares of this virgin forest. But in the face of strong indignation from civil society and local populations, Cameroonian President Paul Biya cancelled the decree authorising the cutting of trees in the Ebo massif on August 6th, 2020.

Newly targeted by a logging project covering 11,396 hectares, Ebo, part of which is located in the Nkam department, is a gorilla habitat. Covering an area of about 150,000 hectares, it is home to an isolated population of Western Gorillas and large populations of Nigerian-Cameroonian Chimpanzees, Forest Elephants, Grey Parrots, etc. Many other listed species are found in the area. There are many other species on the International Union for Conservation of Nature (IUCN) red list and even 12 tree species unknown to science. This forest has a capacity to capture 35 million tons of carbon.