Homepage » CAMEROON: when women, who are sick from water and climate change, are discriminated 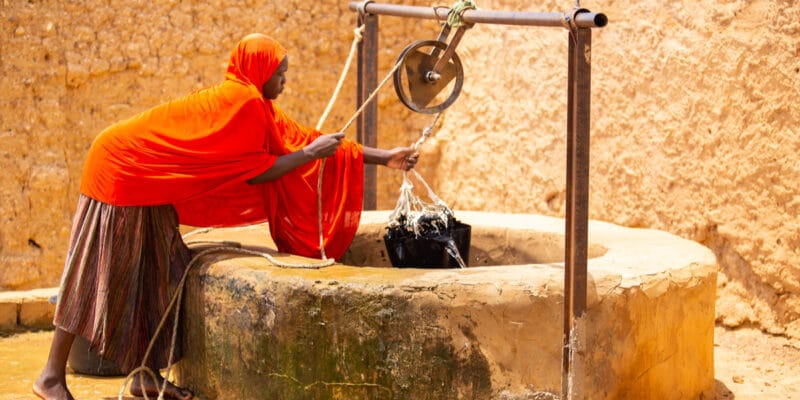 The Water, Climate and Gender Development Programme (Wacdep-G) has just been launched in Cameroon. The project initiated by the Cameroon Chapter of the Global Water Partnership (GWP-Cmr) aims to reduce gender inequalities in the management of water and climate resilience projects. In the far north of the country, women are particularly affected by these inequalities. The climate and the difficult access to water expose them to a little-known disease: dental fluorosis.

The Central Africa office of the Global Water Partnership (GWP) is lifting the veil on a disease caused by global warming in the northern part of Cameroon. More than 500,000 people are affected by fluorosis in the far north. It is a disease caused by chronic fluoride poisoning during the mineralisation phase of the teeth, up to the age of 6 years. It manifests itself by the appearance of yellow, red or black spots on the enamel and a deterioration of the dental crown. This disease affects people living in arid areas where extreme temperatures increase the concentration of fluoride of geological origin in the groundwater.

In the extreme north of Cameroon, the groundwater of communes such as Mbozo 3, Bamguel 1 and Bamguel 2 have fluoride concentrations of between 4 and 6 milligrams per litre (mg/l), whereas the standard set by the World Health Organisation (WHO) is 1.5 mg/l.

The data collected by GWP-Cmr on human mentalities and behaviour with regard to dental fluorosis in the Méri district (in the far north of Cameroon) showed that women are more stigmatised than men. They are considered as vectors and accused of transmitting the disease to children. Affected women also find it difficult to marry, as they are considered less beautiful than others, dirty and bring shame to society.

In addition to the stigma due to dental fluorosis, women in the northern region suffer from water stress characterised by the scarcity of water points and the disruption of rainy seasons, which has a negative impact on agricultural activities.

The work carried out during the year 2020 by the GWP-Cmr in the far north region, but also in the coastal region, was part of the pilot phase of the Water, Climate and Gender Development Programme (Wacdep-G) Cameroon. “The objective of this two-year programme is to reduce gender inequalities by promoting gender-sensitive planning, decision-making and institutional development for investments in climate resilient water infrastructure in Africa and Cameroon in particular,” explains Murielle Elouga, Wacdep-G Cameroon Programme Officer.

This project is itself one of the three main strategic projects of the Africa Water Investment Programme (AWIP). A programme managed by GWP in partnership with the African Ministers’ Council on Water (AMCOW), the New Partnership for Africa’s Development Agency (NEPAD) and the African Development Bank (AfDB).