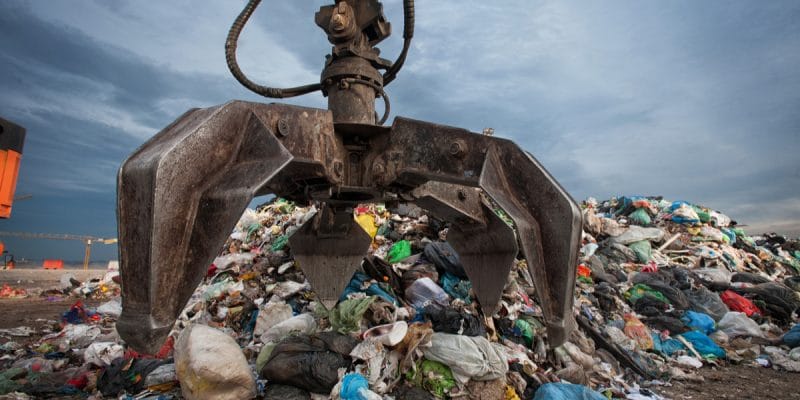 The frequency of garbage collection from the bins of Yaoundé has increased considerably. The transfer point at the origin of this improvement was presented by Hysacam. The company responsible for urban sanitation registers about 1,500 tonnes of waste per day in Yaoundé only.

In the Cameroonian capital, Yaoundé, the neighbourhoods furthest from the Nkolfoulou landfill, which cover 56 hectares and are located in the north-east of the city, about 10 kilometres from the urban centre, have become as clean as the more central subdivisions. The progress can be attributed to the new waste transfer centre, which acts as an intermediary between the landfill and the household waste collected in the 3rd, 6th and 7th subdivisions of Yaoundé. “We organised the collection in such a way that the trucks collecting garbage in the boroughs far from the landfill, come to dump their contents on this site, made available to us by the Yaoundé urban council. ”, explains Patrick Angouss, director of the Cameroon Urban Hygiene and Sanitation Property (Hysacam).

The site is bare land, about one hectare in size, located in Camps Yayap, Messa neighbourhood, in the 2nd subdivision. Up to 2,000 tonnes of garbage can be parked there, before it is sent to the landfill by jumbo trucks that can contain up to 50 tonnes of garbage; five times the tonnage of the collection trucks. “This has the advantage of saving trucks from dragging through traffic jams along the road to the landfill. By limiting themselves to this area, these trucks perform 4 times more rotation in terms of removing bins full of garbage and door-to-door ports, hence the cleanliness you can observe in these boroughs,” adds Patrick Angouss.

With or without the 2019 African Cup of Nations in Cameroon, Hysacam intends to move to a higher level of cleanliness

During the presentation of the Yayap camp’s household waste transfer centre on December 12, 2018, the company Hysacam, which until now has held the monopoly on the collection and processing of household waste in Cameroon, gave guarantees that the population would have a clean end-of-year holiday, and also committed itself to cleaner cities in 2019. “Despite the withdrawal of the organisation of the African Cup of Nations (total CAN 2019) in Cameroon, we will continue to optimise and upgrade our services,” said Garba Amadou, Communications Director at Hysacam.

On June 5, 2018, the French group Renault Trucks (car manufacturer) delivered a first set of 55 trucks to Hysacam. The operation follows on from the financing agreement for 211 trucks and 17 heavy equipment signed in October 2017 by Hysacam and a syndicate of banks (SGC, Ecobank, Bicec), with the joint and several guarantee from Proparco. The remaining trucks will be delivered in the coming months.

The company, which will celebrate its 50th anniversary in 2019, is consolidating its experience and leadership in the cleaning industry by renewing its fleet.

Founded in 1969 by the Granjouan family, Hysacam became a subsidiary of the French company Sita and was then completely nationalised following a takeover by Cameroonian shareholders in 1995. Also present in Niger, Chad, Benin and Liberia, the company’s capital now stands at 15.24 million euros or 10 billion CFA francs. It employs 5,000 people in 15 cities in Cameroon.