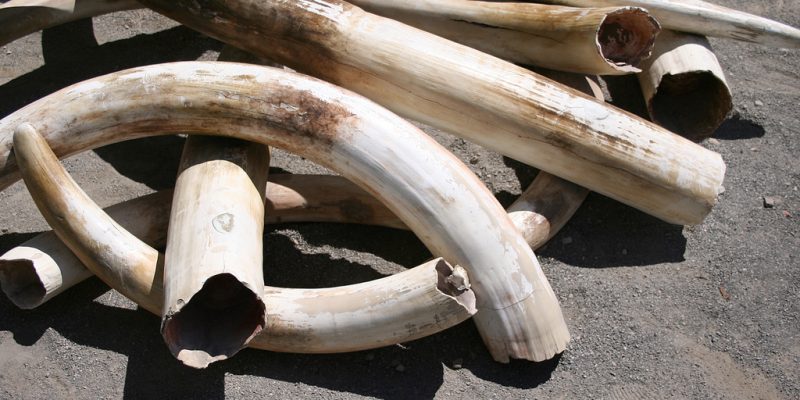 The regional delegation of Forests and Wildlife of Douala, the economic capital of Cameroon, in collaboration with the police and with the technical assistance of the NGO Laga, recently arrested three traffickers in possession of two ivory tusks (elephant horns) in Douala. They were about to carry out an illegal transaction.

In spite of the many awareness-raising activities on the protection of elephants against the scourge of poaching in Cameroon, ivory trafficking continues to be in full swing in the country. The Regional Forestry and Wildlife Delegation of Douala, the economic capital of Cameroon, in collaboration with the police and with the technical assistance of the NGO Laga, the first non-governmental organisation specialised in law enforcement in the Central African sub-region, recently arrested three animal traffickers in Douala. They were in possession of two spikes of ivory. The elephant horns, weighing more than 26 kg, were in the trunk of the poachers’ car. The traffickers intended to sell them on the international market. Ivory is highly prized in Japan and China. Both countries are major consumers of ivory and use elephant horns for carving, jewellery, traditional stringed instruments and seals.

Every year, the ivory trade causes the death of 40,000 African elephants. Over the past decade, their population has declined by 110,000 animals to 415,000, according to the International Union for Conservation of Nature (IUCN). In Cameroon, the wildlife legislation in force tries to ensure the sustainability of elephants. Elephants are classified as protected species throughout the country. According to the law, any person found in possession of any part of a protected wildlife species is considered to have killed the animal and is liable to a maximum prison sentence of 3 years and/or a fine of up to 10 million CFA francs (15,244 Euros).

Traffickers arrested in Douala could also be tried under the 1989 Convention on International Trade in Endangered Species of Wild Fauna and Flora (CITES). The Convention totally bans international trade in ivory to protect elephants from the scourge of poaching.