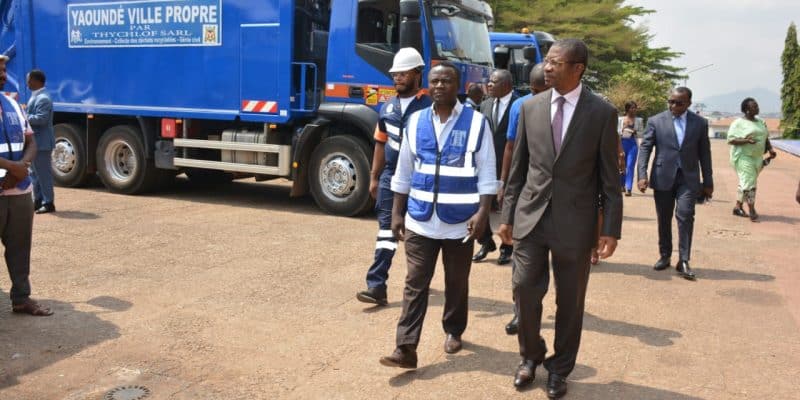 It is now official. Household waste in the city of Yaounde will be jointly managed by the Hygiene and Health Company of Cameroon (Hysacam) and the company Thychlof. The new operator was presented on 23 January 2023 by Luc Messi Atangana, the mayor of Yaoundé.

While household waste management has been in its infancy for several years in the city of Yaoundé, Cameroon, the government is recruiting a new operator to support the activities of the Hygiene and Health Company of Cameroon (Hysacam), in the political capital where it was the main sanitation company. Hysacam will therefore be supported by the Cameroonian company Thychlof, which specialises in real estate, environmental maintenance and the construction of civil engineering works. The company was presented on 23 January 2023 by the Mayor of the City of Yaoundé, Luc Messi Atangana.

It is in fact the company that has been managing the household waste of the third district of the city (Yaounde III) for nearly three months. Indeed, this district deemed it useful some time ago to release its household waste management service because of the difficulties encountered by Hysacam, particularly due to the irregularity of payment by the State of Cameroon.

Thus, Thychlof Environnement, the branch of the company that deals with sanitation works, will continue its household waste collection and transport activities in the Yaoundé III district and in several other sectors of the city, according to a schedule that will be set up together with Hysacam, and coordinated by the Yaoundé Urban Community (CUY) in order to avoid overlaps in the field.

To carry out its activities, Thychlof has already acquired five refuse collection vehicles. “We are planning to replenish our fleet for greater efficiency with the acquisition of seven other refuse trucks that will arrive in the coming weeks,” says Charles Onana Mvondo, the director of financial affairs (DAF) at Thychlof.

If the arrival of the Thychlof company augurs a better future for the management of household waste in the city of Yaounde, several questions remain unanswered. What guarantees the regular payment of the services of this company when we know that until today the debt of the State towards Hysacam has not been definitively settled? And what about the districts and other cities of Cameroon, whose streets are also overflowing with waste?