Homepage » CAMEROON: The National Assembly praises the potential of the circular economy

CAMEROON: The National Assembly praises the potential of the circular economy 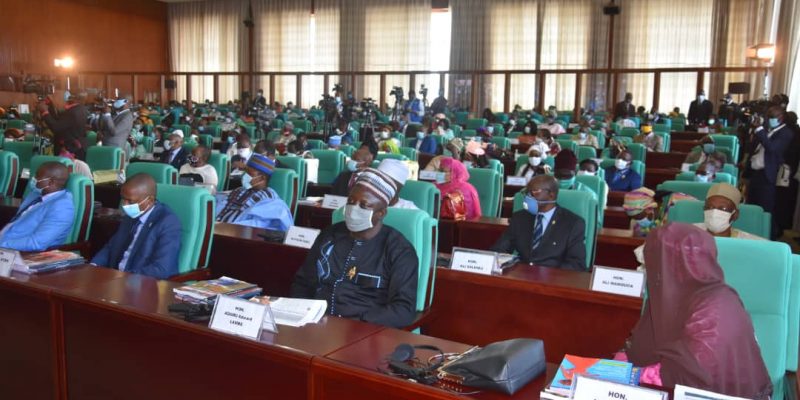 The National Assembly of Cameroon is campaigning for the promotion of the circular economy throughout the country. Although the field is still little known in Cameroon, elected officials are inviting public and private actors to invest in it, in view of the expected environmental and economic benefits.

Environmental protection, job creation and the emergence of Cameroon by 2035. This is among other benefits that the MPs have just paid to the asset of a popularization of the circular economy in Cameroon. The issue was at the centre of a sensitisation workshop organised by the Parliamentary Network for the Circular Economy (REPEC) on November 18th, 2020 in Yaoundé. The young group of elected officials of the nation created in September 2020 drew the attention of public and private actors to the merits of the circular economy. “Our waste must no longer end up in landfills. It must be transformed into reusable secondary raw materials,” says Deputy Ngala Gérard Ndombang, President of the REPEC.

More than 4,148 tonnes of household waste per day, a gold mine

To translate their vision into reality, the REPEC member deputies intend to hold discussions with brewing companies and the Cameroonian Hygiene and Sanitation Company (Hysacam), on the integration of recycling at the heart of waste management processes.

In the public sector, the network wants to rely on decentralised local authorities. “It should be noted that the communes are closer to households and SMEs. And in this way, they have an easier time organising and managing waste disposal, organising collection and the creation of small recycling plants for the latter”, explains the president of REPEC, and points out that his network will support the government in the effective implementation of decentralisation through capacity building of town halls and the provision of technical and material assistance in the context of the establishment of the circular economy, which will also enable the communes to achieve financial autonomy, while creating many jobs.

The circular economy through (recovery or recycling) limits the excessive extraction of natural resources. It also minimises the emission into the atmosphere of greenhouse gases produced by the exploitation of resources such as iron, forests, hydrocarbons and open-air waste incineration. According to the Cameroonian Ministry of Urban Planning and Housing, 4,148 tons of waste are produced per day in Cameroon, with a specific production of 0.6 kg per inhabitant per day. This production rate, which varies according to the cities and the climate, constitutes a niche of wealth, the sustainable exploitation of which should “contribute significantly to reducing the costs of waste treatment in municipalities,” says Jules Raymond Ngambi, environmentalist at the University of Dschang in western Cameroon.