Homepage » CAMEROON: the environmental disaster of the Tchipou quarry

CAMEROON: the environmental disaster of the Tchipou quarry 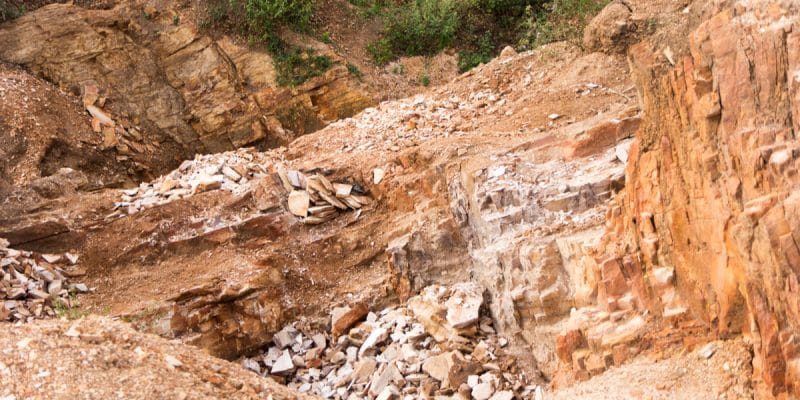 In the west of Cameroon, the people living near the Tchipou quarry have only their eyes to cry. Their land has become unlivable because of an industrial activity with disastrous environmental and social consequences. Noise and air pollution, degradation of the local flora, imbalance of the fauna..., the list is long.

We are in Bamougoum, in the third district of Bafoussam, in the West region of Cameroon. The soil here is rocky and some mountains cover rocks that can extend for several kilometers. This is the case in the Tchipou district, where the Chinese company China Longteng, operates a gravel quarry on an industrial scale over an area of 12 hectares, delivering nearly 100 trucks per day, for a daily income of about 12 million CFA francs. But next to this juicy business that has been going on since 2015, there are local residents in a state of distress.

“We can no longer cut a leaf in the field to pack couscous. Let’s not talk about vegetables anymore. In the dry season all the plants are white, because covered with cement. Even the bamboos that grow in the vicinity have no nectar left. The raffia wine that we drink here is harvested elsewhere,” says a local patriarch, sitting in a makeshift store not far from the quarry. Tchipou’s water resources are polluted down to the water table. To avoid water-borne diseases, the inhabitants are obliged to travel miles to collect the precious liquid. Even the wells dug by the company that operates the quarry have dried up.

In addition to the threats to their environment, the people of Tchipou are also experiencing loss of life due to gravel extraction. “We recently lost a child here. A stone had come out of the quarry and crushed a barrel next to which the child was standing. The impact of the stone made the child sick and he died a few days later,” said Prospère Ndjoupa, a resident of Tchipou. Following this tragedy, China Longteng’s reaction was limited to replacing the crushed barrel with a new one. The ground vibrations produced by the quarry are also a hindrance to procreation. “If a woman is pregnant, she will have an abortion. When the Chinese dynamite the rocks, the ground vibrations shake the woman’s belly. Many have had miscarriages here because of this,” says Prospère Ndjoupa.

Follow-up of the specifications, plagued by Covid-19

Several dozen houses are located within 100 to 200 meters of the Tchipou quarry. And yet the environmental impact study of the quarry provides for a safety perimeter of 300 meters around. But no explanation will be given on this failure by China Longteng. Following the refusal to receive us for this report, we were able, one month later, to obtain the contact of China Longteng. At the other end of the phone, a lady introducing herself as the deputy general manager of the company, refrained from declaring her identity. She also refused to respond to the complaints and incriminations of the local population about the mining activity of her company.

The opening of a second quarry planned

On the ground, the fight for the application of the environmental impact management plan for the Tchipou quarry is slow to bear fruit. “There were specifications, even if they have remained a sea serpent. This document provided for the asphalting of the surrounding roads, the construction of a health center and a school, and the establishment of a community fund to compensate for the loss of income caused by the quarry to local residents. Because when there is blasting, people have to abandon their homes to take shelter. We are suffering so much, because nothing has been done,” says Gustave Flaubert Kengne, the spokesman for the residents of the Tchipou quarry. And yet the mining code of the Economic and Monetary Community of Central Africa (CEMAC), in its article 6, specifies that the specifications must be completed before the start of exploitation.

According to the spokesperson for the local residents, several elderly people in the area have abandoned their homes to take refuge with their children in the city center, safe from the tremors and deafening sounds of blasting. Meanwhile, China Longteng is doing better than ever. Two kilometers from its site, the Chinese company intends to open a second quarry in the near future. The “Ndoumdji” quarry will cover 34 hectares, three times the surface area of the Tchipou quarry. A land sink for a locality with a population density of 500 inhabitants per square kilometer.