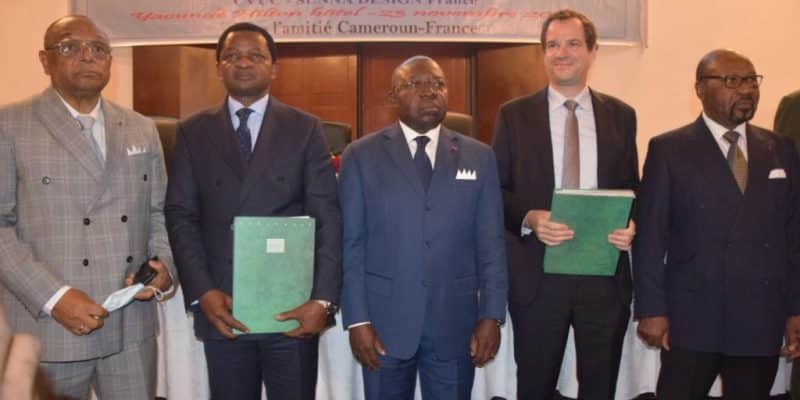 After Togo, where it won a €40 million contract in December 2021, the French company Sunna Design has signed an agreement with the Association of United Councils and Cities of Cameroon (UCCC) for public lighting in rural areas via 100,750 solar streetlights. The initiative will contribute to the achievement of the United Nations Sustainable Development Goals (SDGs) in Cameroon.

In Cameroon, the Association of United Councils and Cities of Cameroon (UCCC) signed a public-private partnership (PPP) with the French company Sunna Design for the deployment of 100,750 solar street lamps in several rural municipalities. According to Augustin Tamba, president of the UCCC, the first phase will end in April 2023 with the installation of 17,750 solar streetlights.

The company, based in Blanquefort in south-west France, will use streetlights from its iSSL+ range, which operates with “Sunnap” connected technology. This solution will eventually accelerate public lighting via solar energy in Cameroon. The agreement also provides for the construction of a factory to assemble these solar lanterns in the commune of Yaoundé 7 in order to promote the transfer of the necessary technologies for the creation of local jobs.

This contract is one of the spin-offs of the International Economic Days of Communes (Jeicom21) held in December 2021 in Yaoundé. Like the Cameroonian capital, other African cities are already benefiting from Sunna Design’s solar solutions. This is the case of Keur Massar in Senegal. In this sunny town, the central mosque, playgrounds and local shops are now lit by 60 iSSL street lamps.

In South Africa, Sunna Design has also deployed an intelligent system at the Durban University of Technology. The solar-powered device lights the campus while providing students with weather data for the Kwazulu-Natal province.