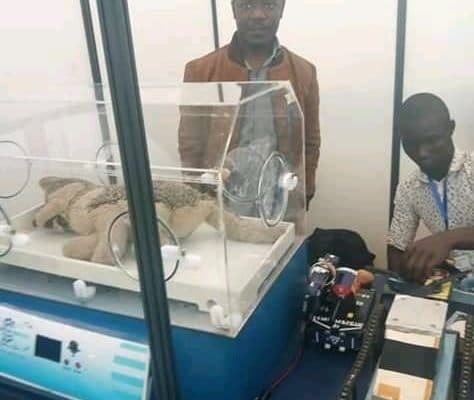 In Cameroon, recurrent power cuts have a negative impact on several sectors of activity, including the health sector. To change things, Stephen Mouafo Foguieng decided, at his level, to give each premature new born the chance to live, through an incubator powered by solar energy. The third prototype of his invention will be put on the market in 2021.

The young Cameroonian entrepreneur Stephen Mouafo Foguieng wants to reduce neonatal mortality in Cameroon due in part to the poor electricity supply to health facilities. To achieve this goal, the biomedical engineer developed a solar-powered incubator in 2018. The third prototype of his invention will be tested in the first half of 2021.

Stephen Mouafo Foguieng’s solar-powered neonatal incubator has an autonomy of 16 hours. It incorporates a temperature regulation system to minimise electricity losses inside the cabin. “The incubator incorporates a temperature control system to minimise electricity losses in the passenger compartment, so the set temperature reaches 37°C in less than five minutes. The incubator can also be used to treat children suffering from jaundice and provides information on the weight of premature babies,” says Stephen Mouafo Foguieng.

According to the young start-up, the first two prototypes of his invention are already saving premature new borns in Cameroon. The devices have been installed in two paediatric wards in two hospitals, one of which is located in the Eastern region. The second health care facility is located in the Far North region of Cameroon. “The manufacture of an incubator costs me 1.5 million CFA francs, or about 2,300 euros. I also employ 11 young people full time. It requires a lot of resources,” says Stephen Mouafo Foguieng.

Stephen Mouafo Foguieng’s long-term ambition is to equip nearly half of Cameroon’s hospitals with his solar-powered incubator. But for this he needs capital. With this in mind, he recently asked for support from the Cameroonian government.