Homepage » CAMEROON: Sludge treatment plant to start up in Bangangté

CAMEROON: Sludge treatment plant to start up in Bangangté 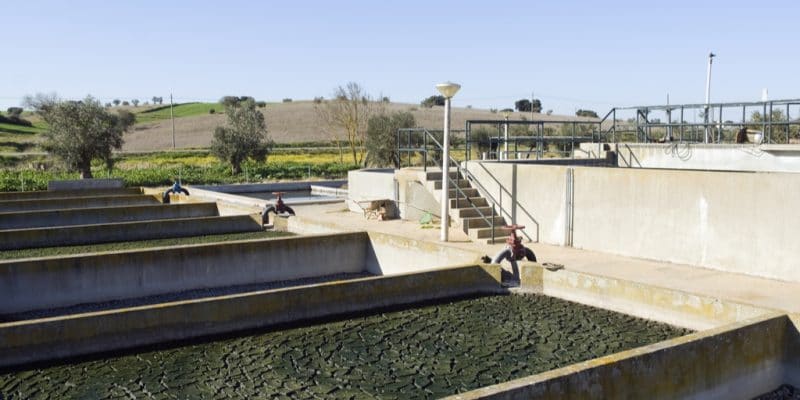 A new sludge treatment plant, built by Atelawa and Africa Kom's, will soon be operational in Bangangté, west Cameroon. The recovered mud will be transformed into fertilisers for agriculture.

It will be the first infrastructure of its kind in Bangangté, a small town in western Cameroon, over 250 km from Yaoundé, the capital. The Bangangté municipal council has chosen to install this station 5 km from the city centre. The construction has already been completed and the engineers responsible for the project are currently carrying out tests to ensure its proper functioning.

“The hydraulic tests have begun, pending the arrival of the vacuum tanker, which has already reached the port in Douala, for the commissioning of the activities of the station before the end of August 2018,” an official of the municipality confirmed. The truck will collect faeces from septic pools in the city and its surroundings and transport them to the sewage treatment plant using a filter planted with reeds. This technique is well adapted to the treatment of sludge up to 100,000 population equivalents. It is a simple, efficient, economical, sustainable, energy-efficient solution that is generally well integrated into the landscape, as long as sufficient space is available. The factory is built on an area of 2 hectares.

A beneficial project for agriculture

The station separates the water from the sludge and purifies it. The dewatered sludge is stabilised and hygienised to be transformed into fertilisers for agriculture. It is an exemplary circular bursar project. Like most towns in the western region, the Bangangté urban council, with a population of nearly 100,000, is essentially agricultural. The main difficulty faced by the people who carry out this activity is the poor quality of the soil, which can thus be improved.

According to Célestine Ketcha Courtès, the mayor of Bangangté, the construction of this infrastructure cost 230 million CFA francs, or more than 350,000 euros. This is not the first time that a water and sanitation project has been carried out by Mrs Courtès in Bangangté. The city recently inaugurated the first standpipes, the fruit of a water and sanitation project commonly known as “Maîtrise d’ouvrage durable dans les secteurs de l’eau et de l’assainissement à Bangangté” (Modeab). Supported by the Veolia Foundation, this project has already provided access to drinking water for thousands of people in the city. In 2014, it received the United Nations Award for Excellence in Public Services in the category “Improving service to the population”.