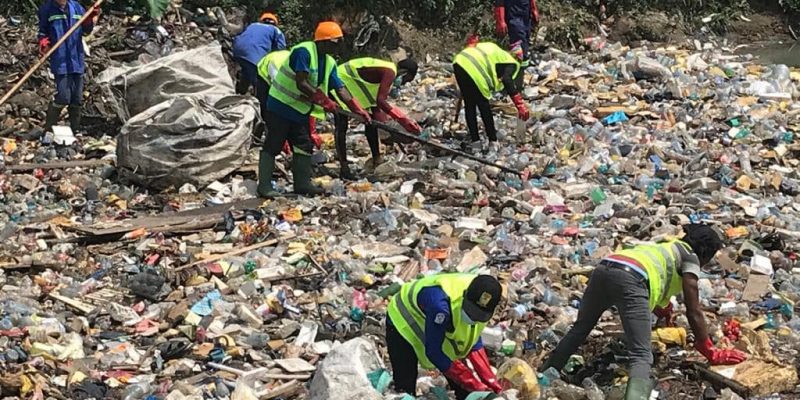 The Société anonyme des brasseries du Cameroun (SABC) recently launched the 9th edition of its initiative "holidays without plastic waste" which aims at collecting 1,441 tons of plastic waste in six cities of the country. At least 300 young people will take part in the campaign which will end on August 31st, 2021. The local company Red-Plast will recycle the collected waste.

The Société anonyme des brasseries du Cameroun (SABC) is in line with the regulation of October 24th, 2012 on the management of non-biodegradable plastic packaging in Cameroon. According to this text, producers of this type of packaging in Cameroon must set up systems for the collection, recycling or final disposal of plastic waste. As part of the 9th edition of its “Plastic Waste Free Holiday” initiative, the SABC plans to collect 1,441 tonnes of used plastic bottles in the country. Its objective is to contribute to the reduction of plastic pollution in Cameroon, where annual production now exceeds 600,000 tonnes according to the government.

The initiative launched on August 2nd, 2021 concerns the cities of Yaoundé, Bafoussam, Garoua, Limbé, Nkongsamba and Douala, the epicentres of plastic pollution in Cameroon. For this operation, the brewer, which makes extensive use of PET (Polyethylene terephthalate) bottles, has recruited 300 young Cameroonians on a voluntary basis. The subsidiary of Brasseries et Glacières Internationales (Castel Group) hopes to reach the quota of 1,441 tonnes of plastic waste by August 31st, 2021. The French group holds 73.66% of the shares in SABC, with 8.8% of the shares held by Dutch brewer Heineken.

In the cities concerned by the campaign, the collection of used plastic packaging will be supervised by Red-Plast. The Cameroonian company will then recycle this waste into granules, paving stones or construction tiles. These products, which are generally less expensive than those made from concrete, will be made available to industries. “In addition to preserving the environment, we are giving pupils and students the opportunity to discover the collection and recycling professions, with the possibility of encouraging vocations,” says SABC.

Paving stones made from plastic©Red-Plast

SABC also collaborates with Namé Recycling in its approach to sustainable development. In 2020, the Belgian-Cameroonian company based in Douala, Yaoundé and Limbe passed the mark of “100 million plastic bottles collected and recycled in Cameroon”, SABC is pleased to say. If the company is aware of the dangers of plastic, this is not the case for all producers of this material whose manufacture requires large quantities of fossil fuels. Plastic waste sent to the environment by consumers also threatens the biodiversity of local fisheries on which around 40% of the population depends for their livelihood.

In April 2014, the decree of October 24th, 2012 of the Ministry of Environment, Nature Protection and Sustainable Development came into force in Cameroon, banning the use of non-biodegradable plastic packaging of less than 60 microns. Unfortunately, to this day, the country’s streets are still full of plastic waste.