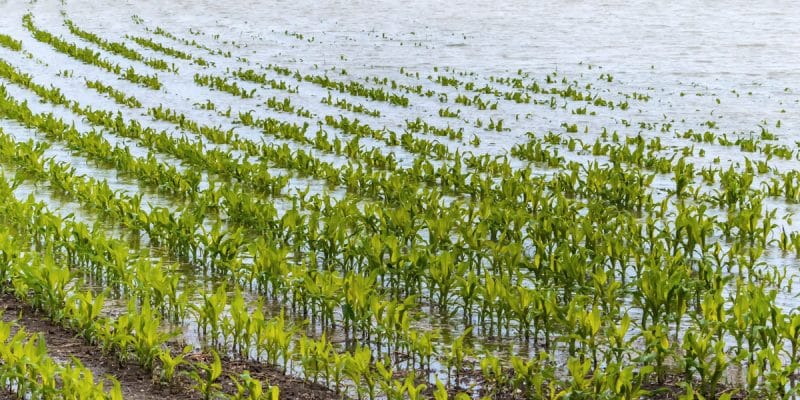 In Cameroon, the National Observatory on Climate Change (Onacc) has published its 16th seasonal bulletin of climate parameter forecasts for September, October and November. It shows that the end of non-rainy periods will damage crops in some regions of the country.

The effects of climate change are putting a strain on agricultural activity in Cameroon. The Central African country could face a shortfall in agricultural yields due to the disruption of the seasons during the months of September, October and November 2021. This is at least what emerges from the 16th seasonal bulletin of the five agro-ecological zones of Cameroon, published on September 1st, 2021, by the National Observatory on Climate Change (Onacc). “The cessation of non-rainy periods will have a very negative impact on the plant health of crops. We have a significant risk of a food production deficit in the East, North and Sudan-Sahel regions. For the Central region, we will also notice that some perennial plants, such as cocoa, will have low production,” explains Joseph Armathé Amougou, the Director General of Onacc.

To help farmers, Onacc has drawn up an agricultural calendar for the 2021 season. It allows farmers to better plan their activities in order to adjust to climatic disturbances and optimize their yields.

Climate change is taking its toll on Cameroon. In a study published in June 2021, Onacc and the United Nations Economic Commission for Africa (Uneca) note that the constant variability of the climate, particularly rainfall, has been the cause of incidents such as floods, landslides, road degradation, destruction of plantations, and obstruction of sanitation in Cameroon in recent years.

But for Greenpeace Africa, the climate warnings given by Onacc are not capitalised on by the public authorities in order to reduce the vulnerability of people and property to climate disasters. “We note that despite the forecasts made by UNOCC, the consequences of floods are increasing in Cameroon, sometimes leading to loss of life,” said Ranèce Jovial Ndjeudja, head of the Greenpeace Africa forest campaign. In a recent release, the environmental non-governmental organisation (NGO) asks the government of Cameroon to take its responsibilities and reconsider international commitments in terms of risk management and natural disasters, protection of people and the fight against climate change.