CAMEROON: Planète urgence launches the restoration of 1,000 hectares of mangroves 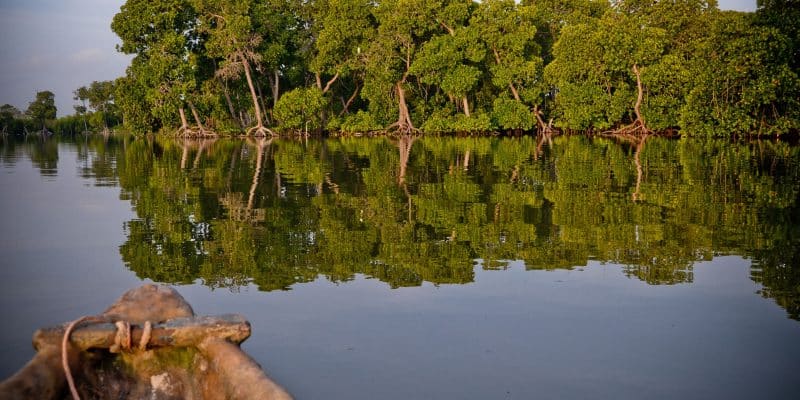 Douala, the economic capital city of Cameroon hosted on Friday, November 4, 2022, the official launching ceremony of CAMERR (Cameroon Mangrove Ecosystem Restoration and Resilince). A project aimed at restoring 1000 hectares of mangroves in the estuary areas of Cameroon.

In addition to its impact on biodiversity and climate, this project should also have a significant societal impact on local communities. Awareness-raising workshops will be organised for children and local residents to empower them to become mangrove guardians. The project will also promote sustainable income-generating activities.

The project, funded by the French telecommunications group Orange and the Paris-based consultancy firm Sia Partners, will be coordinated by Planète Urgence, a nature protection association. The project will be implemented through the involvement of Cameroonian non-governmental organisations (NGOs), carbon and biodiversity experts, traditional authorities and local and national authorities.

“Mangrove forests are valuable ecosystems for Cameroon. In particular, they protect the coasts from flooding and promote the development of fish resources that come to feed and reproduce there. We must therefore act quickly and massively so that the coastal populations can restore these mangroves and reappropriate these ecosystems in the long term”, explains Amandine Hersant, the Director General of Planète Urgence.

In Cameroon, 66% of mangroves are degraded. And according to estimates by Planète Urgence, nearly 3,000 hectares of mangroves disappear every year, which is the equivalent of more than 4,200 football pitches per year.