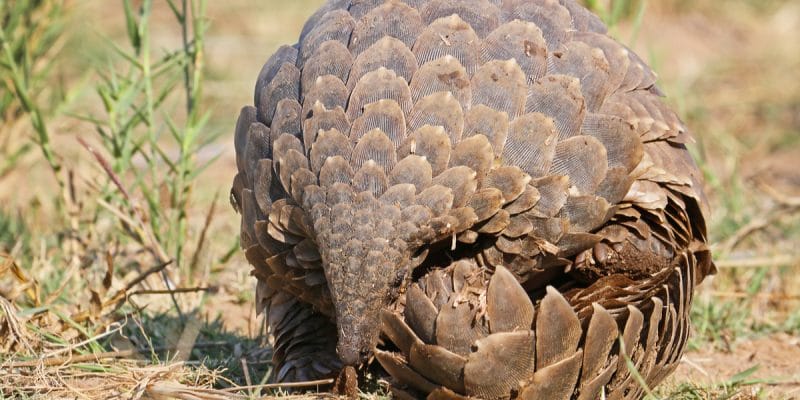 The LAGA Association and the Cameroonian Ministry of Forests and Wildlife have been working together to ensure the effective enforcement of wildlife law for nearly a decade. A fruitful collaboration that has resulted in the seizure of more than 7.5 tonnes of pangolin scales over the past five years.

Following the activities marking the celebration of the 8th edition of World Pangolin Day on February 17, 2019, Last Great Ape Organisation (LAGA) wants to send a strong signal. “Our technical assistance in wildlife law enforcement has enabled Cameroonian authorities to seize more than 7.5 tonnes of pangolin scales in the illegal trade of protected wildlife species,” said Ofir Drori, Laga’s Executive Director, in a radio statement. It is also a warning to all those who would threaten the survival of the pangolin.

According to the UN, this small “ball of scales ” has become the most poached mammal in the world, now the specie is endangered. Every year, more than 40 tons of pangolin scales are seized in Africa, which means that more than 30,000 animals are slaughtered each year.

In Cameroon, not a week goes by without awareness of the arrest of a pangolin trafficker. As a result, 55 people were arrested during operations that led to the seizures. Some of them are currently on trial, while the majority have been sentenced to various prison terms and fines. Last year, an international network of four countries: Nigeria, Cameroon, CAR and DRC, was dismantled in Douala, the economic capital of Cameroon, with more than 700 kilograms of pangolin flakes at stake. Punching operations, carried out each time by agents of the Cameroonian Ministry of Forests and Wildlife, police elements and LAGA’s technical support.

The African pangolin, hunted for its scales and flesh

In 2016, however, the Convention on International Trade in Endangered Species of Wild Fauna and Flora (dubbed CITES in French) prohibited any commercialisation of the animal. Its illegal sale to certain Asian countries remains, despite everything, on the rise. Asian species of pangolins have become rare. They are now classified at best “endangered” and at worst “critically endangered” by the International Union for Conservation of Nature (IUCN). The black market has therefore turned to the four African species: Phataginus tricuspis, Phataginus tetradactyla, Smutsia gigantea and Smutsia temminckii.

Like rhino horn, pangolin scales, sold for about €1,000 per kilo, are ground into powder to make remedies used by traditional Chinese medicine for about 30 ailments, from erectile disorders to the most serious cancers. However, the scales are essentially made of keratin, a molecule found in nails, hair, beak, horns and which is initially devoid of any active ingredient. Pangolin meat is also highly valued in China and Vietnam, where restaurateurs pay about €1,750 for an animal.

All things that LAGA does not intend to let flourish. The organisation, funded by Great Britain, has been providing technical assistance to the Cameroonian government for nearly 10 years. Through its activities, LAGA hopes to keep Cameroon in line with the declaration of the 1999 Summit of Heads of State on Forests, and safeguard the important role that the country plays in the Central African sub-region in the development and implementation of wildlife legislation.