Homepage » CAMEROON: Israel wishes to invest in water projects in the country 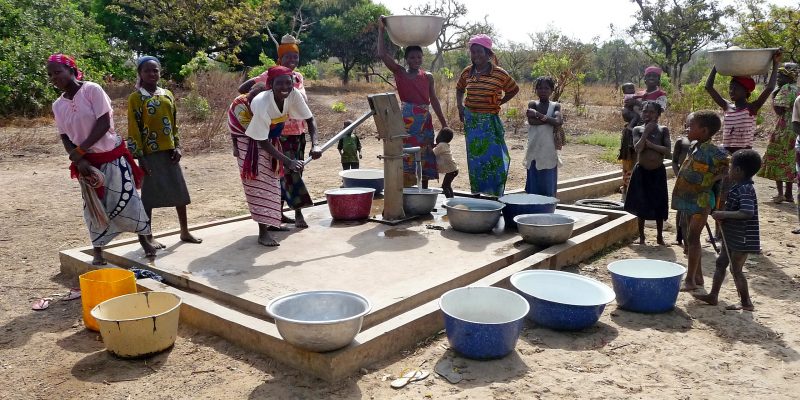 The Cameroonian Minister of Economy, Alamine Ousmane Mey, recently received in audience the new Israeli ambassador to Cameroon, Isi Yanouka. The Israeli diplomat seized the opportunity of this meeting to reiterate his country's commitment to cooperate with Cameroon for the implementation of drinking water supply projects.

Israel has just reaffirmed its support to the Cameroonian government for the implementation of drinking water projects in the country. This assurance was given during an audience granted on May 18, 2020 in Yaounde, the capital of Cameroon, to the new Israeli ambassador to Cameroon, Isi Yanouka, by the Cameroonian Minister of Economy, Alamine Ousmane Mey. “More than 60% of Israeli soil is desert. But thanks to its technological advances in the water sector, the desert continues to shrink despite global warming. We want to share this technological know-how with Cameroon, and improve the quality of water supply in the Sahel regions, but also in all other regions of the country where water supply is limited,” says the Israeli diplomat.

The Hebrew State intends in particular to increase its expertise in storage, as well as in the development of natural resources in order to improve the standard of living of the population. Israel is currently supporting a water project in the far north of Cameroon. This includes the implementation of 37 drinking water supply projects in the region, described as the driest in the country.

During the discussions, the Minister of Economy, Alamine Ousmane Mey, told the Israeli diplomat that the government of Cameroon will very soon install 3,000 boreholes for drinking water to serve the populations of the northern regions of the country (Far North, North and Adamaoua). This is in line with the three-year emergency plan launched in 2015 in Cameroon with the support of the banking sector. The plan has a total budget of CFAF 925 billion (more than 1.4 billion euros). The three-year plan aims to improve Cameroon’s economic growth and improve the living conditions of its inhabitants.