Homepage » CAMEROON: Is the EU encouraging deforestation due to rubber?

CAMEROON: Is the EU encouraging deforestation due to rubber? 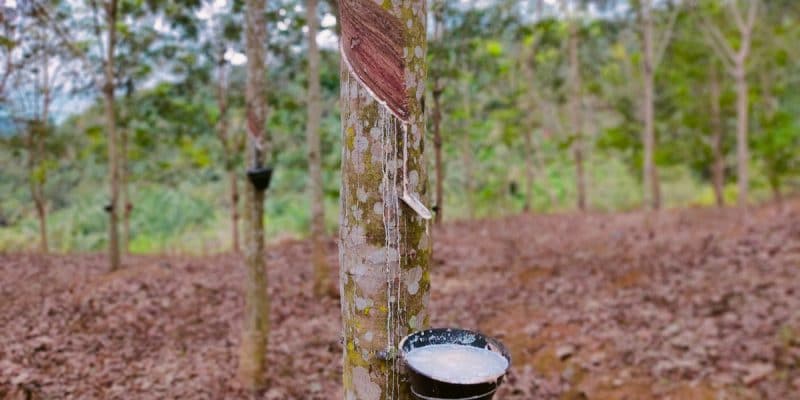 In a recent publication, Greenpeace Africa asks the European Union (EU) Commission to mention rubber in its new law on the import of products associated with deforestation. The environmental non-governmental organisation (NGO) points out that rubber is wreaking havoc in southern Cameroon, where Halcyon Agri and its subsidiary SudCam Hévéa have already cleared 10,000 hectares of tropical forest for its rubber plantation.

The EU’s new policies to combat global deforestation must address the destruction of forests in Cameroon by the rubber industries. This is the subject of the letter sent on August 9th, 2021 by Greenpeace Africa to the head of the European Union delegation to the Republic of Cameroon, Philippe Van Damme. “The case of Halcyon Agri and its subsidiary SudCam proves once again that new European legislation is urgently needed to regulate the placing on the European market of commodities that pose a risk to forests and ecosystems, in order to stop the deforestation, forest degradation, conversion and degradation of ecosystems, as well as the human rights abuses caused by European consumption,” writes Lagi Toribau, acting executive director of Greenpeace Africa.

Greenpeace Africa has been drawing the attention of the Cameroonian authorities and the international community to the deforestation and violation of indigenous peoples’ rights in the SudCam Hévéa project since 2019. Eighty percent owned by Singaporean rubber giant Halcyon Agri, SudCam has cleared 10,000 hectares of rainforest by 2020 for its rubber plantation in southern Cameroon, where it owns a 100,000 hectare forest concession. SudCam also poses a threat to the rich biodiversity of the Dja Nature Reserve. This UNESCO (United Nations Educational, Scientific and Cultural Organisation) World Heritage Site is located 1 km from the rubber plantation.

Addressing the EU on the occasion of World Indigenous Peoples’ Day, Greenpeace also said that the implementation of the SudCam project has undermined the pygmies’ way of life and caused their displacement. “Cameroonians have mobilised to demand a bold European policy. Rubber products linked to deforestation must be kept off the European market. Europeans cannot vote with one hand for a Green New Deal and use the other to buy raw materials or finance plantations that wipe out our forests and displace our people,” said Nkolo Thade, a Baka indigenous leader, at the rally where the Greenpeace Africa letter was deposited at the European Union delegation in Yaoundé.

This new call from Greenpeace Africa comes as the EU Commission is drafting articles for a new law on the import of commodities linked to deforestation and forest degradation. In addition to considering rubber as a commodity that poses a risk to tropical forests and ecosystems, the NGO also calls on the EU to undertake financial reforms.

Read also- AFRICA: when CSR comes to the rescue of biodiversity

The aim is to initiate EU legislation that would require financial actors to comply with due diligence and sustainability requirements equivalent to those applicable to raw materials and products. “21 million loan to Halcyon Agri – scandalously described as a ‘sustainability loan’ – despite all the negative impacts of its projects in Cameroon, and the continued violation of the rights of indigenous Baka communities,” laments Greenpeace Africa’s interim executive director.