Homepage » CAMEROON: In Douala, Onomo Hotel is certified “EDGE” for its eco-friendly practices

CAMEROON: In Douala, Onomo Hotel is certified “EDGE” for its eco-friendly practices 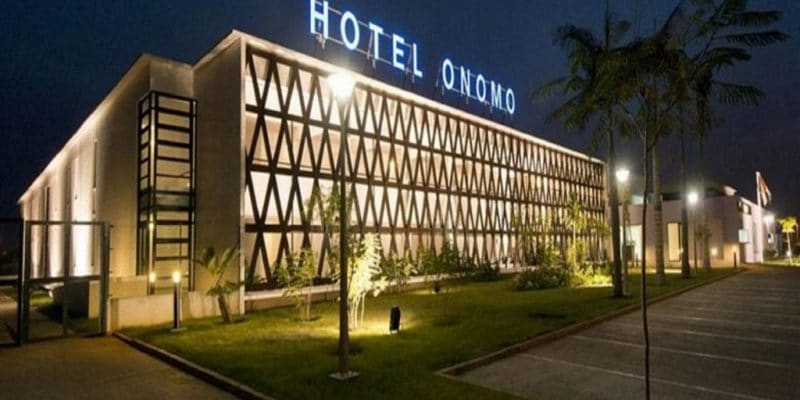 In Cameroon, Onomo Hotels in Douala has been awarded "EDGE" certification by the International Finance Corporation (IFC). This distinction recognizes the efforts of this hotel establishment to reduce its ecological footprint.

The consideration of the environment and sustainable development is now invited in all sectors, including the hotel and tourism industry. The Onomo Hotels group has understood the need for such a strategy by finding ways to reduce its environmental impact. Thanks to this commitment, the group’s establishment located in the Cameroonian economic capital Douala has obtained EEDGE (Excellence in Design for Great Efficiencies) certification.

This certification from the International Finance Corporation (IFC), the subsidiary of the World Bank Group, is granted after auditing the solutions implemented to make the buildings environmentally friendly. These solutions may include reducing the building’s electricity consumption through the implementation of an energy efficiency system or a self-consumption clean energy production system to reduce its carbon footprint.

EDGE also takes into account the thorny issue of water, through the installation of low-flow faucets to reduce water consumption in the home, or the implementation of wastewater management systems. Edge also ensures that certified green buildings are able to reduce water and energy consumption by at least 20% compared to conventional buildings.

The Onomo Hotels facility in Douala has been awarded EDGE certification with an “Advanced” rating, which corresponds to Level II of the distinction. According to the group based in Casablanca, Morocco, its Douala facility is able to achieve energy savings of 40% and 20% for water and grey energy. This energy is the sum of the energy needed for the life cycle of the materials used to build the hotel.

The success of the O’Plan

The hotel group owes this distinction above all to its O’Plan initiative, which allows the creation of a virtual design of the planned establishment, using dedicated software. In this way, a 3D (three-dimensional) model shows the different aspects of the building, including the architecture, the structure, the mesh, but also the materials and equipment that will be used in the construction. “The design in detail of the project in a virtual way upstream allows to save energy and water by choosing the right materials, but also to control and minimize the costs and the workload”, indicates the group directed by Cédric Guilleminot.

Onomo Hotels has included the O’Plan as part of its sustainable development strategy to reduce the energy consumption of its establishments by 40%, as well as water consumption by 42%. Onomo Hotels currently manages 17 hotels in several African countries.