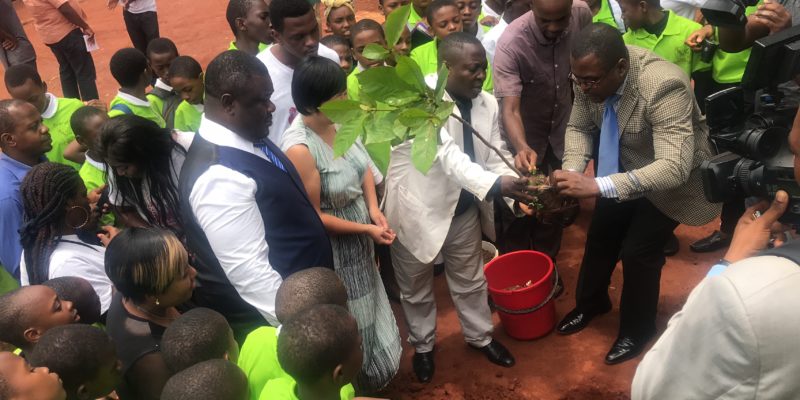 On the occasion of the celebration of World Forest Day, the Africa branch of the environmental NGO, Greenpeace, opened a pilot green centre in the Cameroonian capital, with all its partners.

Climate change is having an impact on many cities in the world and the capital of Cameroon is not spared. That is why Greenpeace Africa volunteers, with the help of students from the Baptist Secondary School Awae in Yaoundé, gathered to plant about 50 trees in the new green pilot area in Yaoundé.

The role of trees is decisive in a city. They filter water, eliminate fine particles emitted by industries, bring freshness and promote biodiversity. Greenpeace mobilised the students of the Baptist Secondary School in Awae to impart this knowledge to the younger generation.” The ultimate goal is to stem deforestation, through raising awareness among future leaders,” the NGO said in its statement.