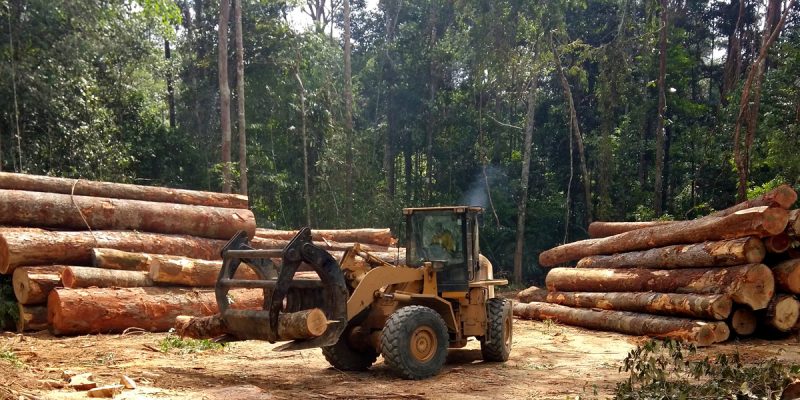 The NGO Greenpeace Africa and the Banen people denounce once again, the Cameroonian government's plan to cut down trees in the Ebo forest, located in the Littoral region. The people decried that in a statement published on July 23, 2020. Ignoring previous warnings from the NGO and local communities, senior government officials have approved the opening of 68,385 hectares of virgin forest to logging. A fatal decree for a biodiversity hot spot capable of capturing 35 million tonnes of carbon.

The Cameroonian government is rushing headlong into razing the Ebo forest. Prime Minister Joseph Dion Ngute signed on July 14, 2020 with the approval of the Presidency of the Republic, a decree aimed at exploiting 68,385 hectares of virgin forest located in the Littoral region of Cameroon. It is about half the size of the city of London which will be classified in the private domain of the State before being transformed into a concession of about thirty Forest Management Units (UFA), as desired on February 4, 2020, by the Cameroonian Ministry of Forests and Wildlife.

In a press release dated July 23, 2020, the environmental NGO Greenpeace sees this Prime Minister’s decree as the death sentence for a biodiversity hotspot. “We again call on the Cameroonian government to reverse industrial logging plans in the Ebo forest and designate it as a community conservation area instead,” said Sylvie Djacbou, forest campaign manager at Greenpeace Africa. For the 40 communities bordering the forest, government actions constitutes land grabbing from the natives. “The vast majority of Banen say no to this injustice. The Ebo forest represents above all the identity of the Banen people and their collective will use all legal means for the annulment of this decision by the government”, declared one of the Banen chiefs, Victor Yetina of the association “Munen return to the roots”, created especially for   the protection of the land assets of the Banen.

Is the government turning a deaf ear?

This is the umpteenth alert launched by Greenpeace Africa and local populations. The two sides had already allied on April 2, 2020 to demand the immediate cancellation of government plans to transform the Ebo forest (spread over a total area of ​​150,000 hectares) into two logging concessions. Requests which have just been ignored by the recent decree of the Cameroonian Prime Minister. The same is true of appeals from international NGOs with a view to respecting the decision taken in 2006 by the State classifying the Ebo forest as a national park. The act of the Prime Minister also ignored Cameroon’s international commitments as it overrides the law promulgated on July 20, 2020, authorising the President of the Republic Paul Biya to ratify the agreement on the conservation of gorillas and their habitats, adopted on October 26, 2007 in Paris, France.

Ebo is an area with a high concentration of biodiversity. It is home to an isolated population of western gorillas and large populations of chimpanzees from Nigeria – Cameroon, forest elephants, grey parrots. There are many other species included in the Red List of the International Union for the Conservation of Nature (IUCN) and even 12 species of trees unknown to science. This forest has a capture capacity of 35 million tonnes of carbon.