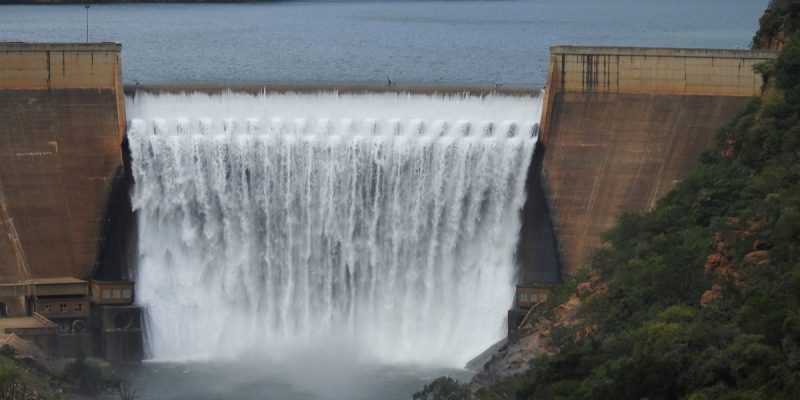 The French electricity company EDF announces that it has signed binding and final agreements for the construction of the Nachtigal dam in Cameroon. Work should therefore begin before the end of 2018, with operational commissioning scheduled for 2023.

Proparco, a subsidiary of the French Development Agency (AFD), dedicated to the private sector, signed a 150 million euro loan agreement with Nachtigal Hydro Power Company (NHPC) on November 8, 2018. The financing is for the design, construction, operation and maintenance of a 420-megawatt run-of-river hydroelectric power plant on the Sanaga River at the Nachtigal Falls, located 65 km northeast of Yaoundé, the Cameroonian capital.

The Nachtigal project also includes the construction of a 50 km power transmission line to the Nyom 2 transformer station north of Yaoundé. When commissioned in 2023, the plant will produce more than 2,900 gigawatts per year, or nearly 30% of the country’s electricity production. The NHPC will sell the electricity during its 35 years of operation to the operator Eneo (the national production and distribution company, Proparco’s partner since 2006) via a Power Purchase Agreement (PPA) at a competitive price, for the benefit of Cameroonian consumers.

Total cost of the project, €1.2 billion

The Nachtigal hydroelectric project is led by the Nachtigal Hydro Power Company (NHPC), which is a consortium formed by EDF (40%), the World Bank IFC Group institution (30%) and the State of Cameroon (30%).

The overall cost of the project amounts to 1.2 billion euros and is financed almost a quarter from the shareholders’ equity in proportion to their participation in the project, and the rest by lenders, including the French Development Agency (£90 million) and Proparco (£60 million).

It should also be noted that the hydroelectric project will generate significant economic benefits: up to 1500 direct jobs at the peak of the construction site, including 65% local jobs hired within a 65 km radius of the construction site.Construction will begin before the end of 2018, following the financial completion. The dam is scheduled to be operational in 2023.

As the cornerstone of Cameroon’s strategic plan for the development of the electricity sector, Nachtigal is a national priority to secure the country’s electricity system. It will improve and secure people’s access to electricity while contributing to the country’s low-carbon transition. In addition, the average cost of electricity production in the country will decrease, which will not significantly increase the State’s debt, as the project has benefited from financing based on a public-private partnership.

Finally, the increase in the country’s electricity production capacity will enable Cameroon to become an electricity exporter in the sub-region in the medium and long term.