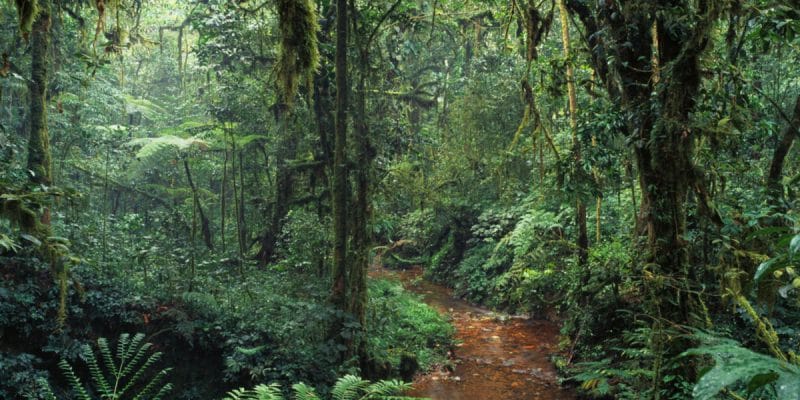 On the instructions of the President of the Republic of Cameroon Paul Biya, the Prime Minister has overturned a government decision of July 14, 2020 affecting more than 68,000 hectares of the Ebo forest range for timber production. A twist following complaints made by NGOs and local populations in one of the world's biodiversity hotspots, which is home to many floral and faunal species found nowhere else in the world.

The Cameroonian Head of State Paul Biya has heard the many calls from NGOs (non-governmental organization) and the Banen community for the protection of the Ebo Forest, one of the few remaining pristine woodlands on the planet, located between the Central and Littoral regions of Cameroon. In a communiqué issued on August 11, 2020 by the Secretary General at the Prime Minister’s Office, it is recorded that the Head of Government, Joseph Dion Ngute, on August 6, 2020, cancelled the decree by which he had authorized the project to exploit 68,385 hectares of forest in the Ebo Massif. The Prime Minister reversed his decision “on very high instructions from the President of the Republic, Paul Biya”.

This instruction from the Head of State is a response to the concerns of local populations and nature conservation NGOs, including Greenpeace, which had denounced the Prime Minister’s previous decision, promising to do everything possible to obtain its annulment. “In the midst of the Covid-19 boom, it was dangerous to get together, but we wrote petitions, organised press conferences and met with the minister of forests and wildlife,” explains Victor Yetina, a member of “Munen Back to the Roots”, an association specially created to protect the Banen’s land heritage.

For Greenpeace, the cancellation of the Ebo forest project is just one step in a long process. The NGO wants to see the formalisation of a sustainable conservation mechanism for this forest. “The Cameroonian government’s decision to suspend the Ebo forest exploitation project is a good one, but we should not stop there. It is just a first step. We need to think about a special and sustainable status for this region to preserve its biodiversity while contributing to the local and national economy,” said Sylvie Djacbou, Forest Officer with Greenpeace Africa.

It is in this context that several other international NGOs have asked the Cameroonian government to reconsider its 2006 decision to classify the Ebo forest as a national park. There is still hope for the future as on July 20, 2020, the President of the Republic promulgated the law authorizing him to ratify the agreement on the conservation of gorillas and their habitats, adopted on October 26, 2007 in Paris, France.

Ebo is precisely a gorilla habitat. Extending over an area of about 150,000 hectares, it is home to an isolated population of western gorillas and large populations of chimpanzees from Nigeria-Cameroon, forest elephants and grey parrots. Many other species on the International Union for the Conservation of Nature (IUCN) Red List are found here, as well as 12 tree species unknown to science. This forest has a capacity to capture 35 million tons of carbon.