Homepage » CAMEROON: €5.3m from Delphi for the modernisation of 4 water supply systems in Douala 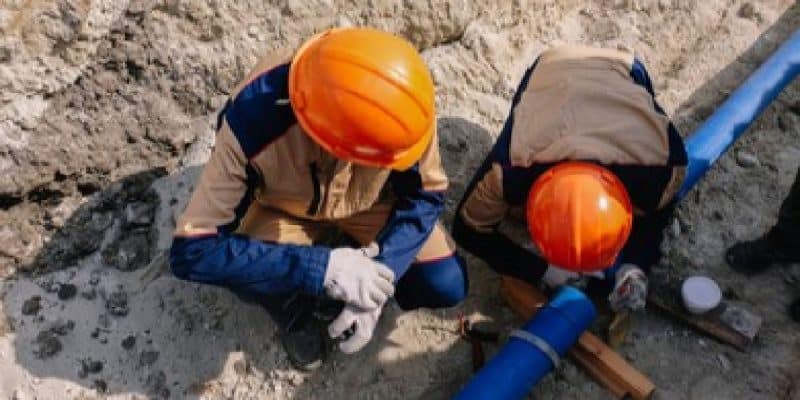 The Danish group Delphi-Gruppen is awarding a grant of 3.5 billion CFA francs (more than €5.3 million) to Cameroon. The public company Cameroon Water Utilities Corporation (Camwater) will use the funds to rehabilitate four drinking water supply systems in Makepe and Bonamoussadi, two districts of the city of Douala.

The financing agreement was signed on November 15, 2022 between officials of the Cameroon Water Utilities Corporation (CamWater) and Delphi-Gruppen, which specialises in setting up projects that enable people in developing countries and emerging economies to flourish. The Danish group is providing 3.5 billion CFA francs (more than 5.3 million euros) for the modernisation of four drinking water supply systems in Douala, the economic capital of Cameroon. The installations located in the Makepe and Bonamoussadi neighbourhoods have been out of service for ten years “due to non-standard levels of iron and manganese in the water”.

The Delphi Group grant raised from foreign investors and foundations will also fund the laying of approximately 12 km of water mains and service lines to support the existing pipes in the Makepe and Bonamoussadi areas. The public water board has given itself eight months from the start date of the works to bring the four water mains back into service. The upgraded facilities will be able to supply 100 m3 of water per hour, or 2,400 m3 per day, to meet the needs of 200,000 people in Makepe and Bonamoussadi, as well as in the Logpom, Logbessou and Bonangang neighbourhoods in the Douala 5th district.

The Cameroonian government’s objective is to achieve a drinking water access rate of 85% by 2032 in accordance with its water supply master plan. To achieve this, cities are a priority. According to the National Institute of Statistics (INS) of Cameroon, in 2018 the rate of access to drinking water was 77% in urban areas.

Similar projects are planned in other parts of the country. CamWater signed an agreement in February 2022 with the Indian company WPIL, which specialises in the commissioning and maintenance of pumping systems, for the construction of drinking water production centres in 20 towns in Cameroon.