Homepage » CAMEROON: €10 million from KfW for biodiversity protection in the South West

CAMEROON: €10 million from KfW for biodiversity protection in the South West 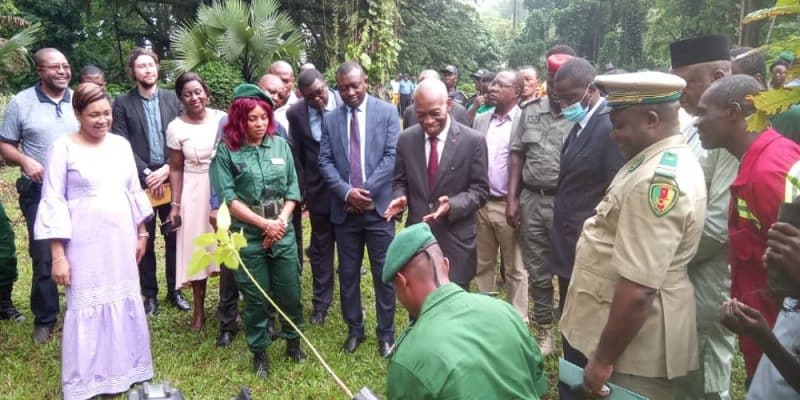 The German Development Agency (KfW) is allocating €10 million to improve the management of forests and protected areas in the South West regions of Cameroon between 2023 and 2025. This funding will help to combat poaching and illegal logging.

Limbé, Buéa, Tiko, Mutengene. These Cameroonian localities known for their cool climate and lush vegetation are not spared from poaching and deforestation. In this context, the German development agency Kreditanstaltfür Wiederaufbau (KfW) is providing 10 million euros in funding for the implementation of the Sustainable Management of Natural Resources Programme in Southwest Cameroon (PSMNR).

In its fifth phase, which will last three years, the programme aims to improve the management of forests and protected areas that are under attack from poachers and illegal loggers. “The new agreement combines the protection of biodiversity with the development of rural populations living around seven protected areas in the region, including Mount Cameroon and Korup national parks,” explains Bianka Clausen, KfW’s director in Cameroon.

Earlier in June 2021, KfW also supported the implementation of the AFR-100 project in the North and Far North regions of Cameroon. This initiative, implemented between 2021 and 2025, has already restored 12,000 hectares of vegetation cover in these drought-affected regions.

Global warming is increasingly becoming a priority for the Cameroonian authorities. In March 2022, the government of this Central African country inaugurated the Integrated Environmental Education Centre (ICEC) in the South West region. The building, located in the Botanical Gardens of the coastal town of Limbé, was built in the framework of bilateral cooperation with the United Kingdom. The Icec will allow the training and sensitization of young people to the United Nations Sustainable Development Goals (SDGs).

According to Jules Doret Ndongo, Cameroon’s Minister of Forests and Wildlife, these various initiatives will eventually contribute to the implementation of Cameroon’s National Development Strategy 2020-2030 (NDS30), which aims to strengthen the fight against poaching, promote ecotourism and secure protected areas.